As the MKO entered Iraq, it was like the full symbol of infidelity and blind hatred for Iraqis. They did everything and acted all crimes against Iraqis for the former Baathist regime.

Since it’s a terrorist organization, MKO uses the same methods of Baathists against the people of Iraq. They obeyed ousted regime of Saddam Hussein and they did their best to serve as wanted. They were involved in suppressing the uprising of Sha’banieh and attacks on villages and town in southern and northern Iraq.

The elements of the group were actively involved in killing women and children and committed worse crimes against our people. They were aboard of the same boat which was controlled by Baathists and Saddam. However, as soon as the boat of Baathists sank, they reached al-Qaeda’s boat without knowing that this boat is also sinking. They thought that Qaeda’s boat will save them so they also took remnants of Saddam on board. It’s regrettable that all this is happening before the eyes of Westerners. They thought that they could escape justice of people. I swear to God that Iraqi people and leaders are waiting to put you into the same hole where Saddam was thrown.

If you are seeking a way it’s only the way of leaving Iraq. From the time you entered our country, we asked for your expulsion. Your fate is close- God willing- and neither Dulaimi nor Zari nor El-Elayan nor Americans would be able to help you. The boat of terrorism would sink in the end and you would have no way out. Our people are vigilant and watch you murderers closely.

As an Iraqi, I ask Iraqi parliament and coalition forces not to hesitate in surrendering these hypocrites to the Justice, or expel them as soon as possible because this group is still plotting against Iraqis. MKO also holds tribal conferences which should be paid attention by government. 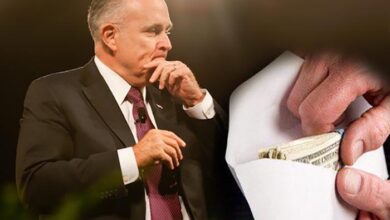 Support for MKO, a classic example of US unsustainable policy in ME