A senior member of Iraqi parliament from Kurdistan Alliance has emphasized that his bloc “goes along with the (Iraq) central government’s decision on the MKO expulsion from Iraq.” 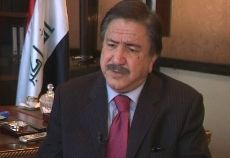 Mohsen al-Sadoun added that the eviction of terrorist Mujahedin-e Khalq organization (MKO, a.k.a. MEK and PMOI) from Iraq is considered to be a victory for independence and territorial integrity of Iraq in the same way that the US troops’ withdrawal from the country in 2011 was regarded as a triumph.

“Despite the disagreements between Erbil and Baghdad, the two sides are in the same boat on the issue of MKO expulsion,” added the vice president of the Kurdistan Alliance.

He also urged putting pressure on the UN and western countries to put an end to the MKO’s presence in Iraq and to find a third country for their resettlement.