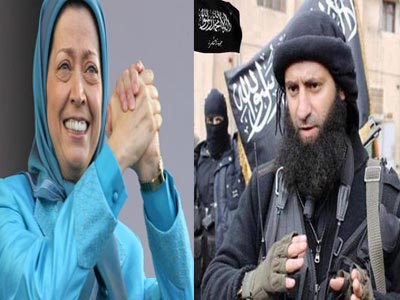 A senior Iraqi parliament member said reminding the crimes committed by terrorist groups such as the Mojahedin-e Khalq Organization (MKO also known as MEK, NCRI and PMOI) is why holding the International Congress of 17000 Iranian Terror Victims is important, warning that ISIL is currently pursuing the same ideology promoted by the MKO.

Iraqi MP Hunain Al-Qado said the importance of reminding MKO’s crimes stems from the fact that some people try to keep these crimes under wraps.

He said the terrorist groups all pursue a shared objective, and added, “There is no difference between the ISIL’s terrorist acts in Iraq and Syria and Mojahedin-e Khalq’s terrorist acts.” “These groups use the same methods and have similar purposes which is creating fear and terrorizing civilians. So, what is going on now in Iraq is the continuation of MKO’s ideology.”

Emphasizing the need for cooperation among the regional countries that have been targeted by terrorist groups, al-Qado said, “On account of the arrogant powers’ struggles against Iran as well as their efforts in sowing the seeds of chaos in the Axis of Resistance, which is made up of Syria, Iran, Iraq, Lebanon and most probably Yemen in the future, it is vital to set up strategies in order to encourage integrated efforts in these countries and other countries which are a victim of terrorism.”

“There is, and must be, a coordination between Iran and Iraq in fighting terrorism, since the growth of terrorism in Iraq threatens Iran’s stability,” head of the Democratic Shabak Assembly added. “So it is vital for Iran to back Iraq in the fight against terrorism, which is an effort in protecting security and territorial integrity of Iran and neighboring countries.”

The Iraqi MP finally made a reference to the killing of Shabak minorities at the hands of ISIL following the bombing of the holy shrines of two Shia Imams in Samarra, and added, “There has been organized attacked against Shabak minorities to expel them from Mosul.” “Most of them have been killed and their houses were destroyed before the eyes of the local authorities. During the last year, ISIL occupied their villages and blew all their mosques out of the water,” he concluded.