It is a common belief t 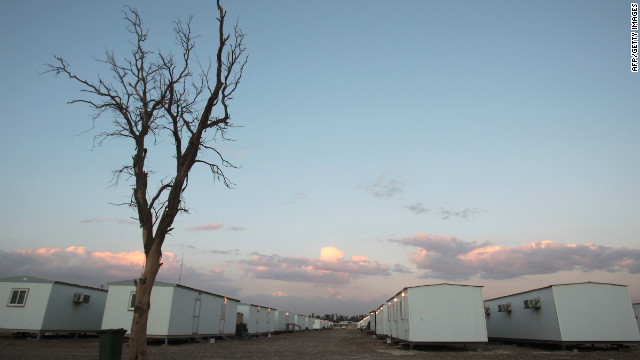 hat the structure and organization of cults are complex, but the terrible truth about many of them is that they can easily and immediately adapt, recover and rebuild their organizational setup, rather than withering away, if partly disintegrated or broken into smaller groups. That is mainly because order structure and the authoritatively established system of hierarchy within the organization of cults can guarantee the replacement of a leader and guru in his or her absence and demise. But there are solutions for certain to get rid of a cult and to push it to the edge of abyss and precipice of dissolution; the most working is the one that leads to wither in membership and accelerates the process of decline in the number of the insiders and members.

Of the most dangerous cults whose threats never diminish and continue to spread the shadow of their nightmare over the modern world are the terrorist ones. And among them to name one in particular, and which is still active as a peculiar and the most dangerous one, is Mojahedin Khalq Organization (MKO/MEK/PMOI/NCR). Generally recognized as a terrorist group with at least some forty year-long record of violence and bloodshed, MKO “began to be transformed into something more sinister during the mid-1980s after the group’s leaders and many of its members had relocated to Paris”, according to RAND’s A Policy Conundrum. Following its alliance with Iraq’s fallen dictator Saddam Hussein in 1986, MKO leaders and majority of its combating cadres moved to Iraq where it was provided with protection, money, weapons and expropriated lands which the group turned into military bastions as well as a closed milieu for cultic practices just in the middle of Iraq’s deserts.

Unwelcome in Iraq and facing a crisis of being forced to leave its main military-cultic stronghold, Camp Ashraf, which Iraqi Government was decisive to close permanently, all the camp’s insiders had to be relocated, according to a MoU signed by the Iraqi Government, UN and MKO, to a Temporary Transit Location TTL near Baghdad’s airport to be processed within a few months to be transferred to third countries. Around 3400 residents of the camp were scheduled to be transferred in groups of 400 that lasted months beyond of the given deadline. Was it for promises by the State Department to be removed from the FTO’s list or other incentives, MKO reluctantly submitted to resume halted process of the relocation and the last group of the insiders, but for a small number, were transferred on September 16, 2012.

But the story of MKO is a never-ending one since it has been mostly dealt with as a terrorist group rather than a cult and that is where the problem fails to be circumvented. Although now de-listed as a terrorist group for certain political causes, MKO preserves its formidable reputation as a dangerous cult of personality run by the husband-wife Rajavies. In contrast to the speculations that the relocation of the insiders would lead to diminish the imposed cultic practices, the current situation and condition of the insiders in TTL uncovers intensified instances of tough cultic practices even in the absence of the chief leaders.

To survive and also to recover, a cult and its leader/s need to isolate his/her followers from outsiders to ensure that the followers will only hear the cult’s propaganda. The isolation from outside influences and provocations protects the cult’s internalized belief system and keeps them away from the outside critical thinking that threatens the cult’s integrity. And MKO has turned TTL into another cult milieu just under the eyes of the world to continue the heavily controlled physical and psychological exercises. A member of the group, Majid Mohammadi, recently escaped from the TTL, in an interview disclosed that MKO plans to turn TTL into another cult bastion like Ashraf:

… The organizational control and cult-like practices exercised by the Rajavis, at Camp Liberty [TTL] was worse than those applied at Camp Ashraf. MKO leaders knew that Liberty is not like Ashraf. It’s not an isolated, closed location with no access to the outside world so they enhanced the organizational control in Liberty to prevent defection and eventually the collapse of the cult. From the beginning of our arrival at TTL, one of the criminal commanders of the MKO, named Abbas Davari, who had been previously sent there, started holding meetings for members. He said: ”The difference between Liberty and Ashraf is that the former was completely under our control, no one was able to interfere in the organization relations but here at Liberty we are dependent on the outside world and Iraqi forces. We should work hard to maintain this Camp and change it to another Ashraf.

It is difficult to tolerate the recovery and reorganization of a seemingly dismantled cult. However, those familiar with the characteristics of cults will easily spot one when they encounter it or are exposed to the bitter experiences that the escaped members, rather than separated members, impart. The intensified exertion of control and pressure on the insiders in TTL is an attempt to stop the escape and separation of them, both physically and mentally, because the leaders are heedful that the fall and decline in the number of the insiders and members is tantamount to gradual dissolution and demise of the cult. Thus, a unanimous consensus is needed to deracinate MKO from the long list of dangerous cults. But there exists a problem that has so far made many indeterminate in making a decisive decision against MKO; they are uncertain whether to recognize MKO a cult or not!

Let’s start a study to corroborate findings and testimonies that MKO is a cult for certain.