MEK leaders must be tried like all other cult leaders

There are a lot of stories on children and families trapped in cults all around the world. The accounts are all the same: a charismatic leader keeps a number of people including children in isolation; indoctrinates them, restricts communication and information from the outside world and uses a fear of the outside world to exert control over members. Although, defectors of the Mujahedin Khalq Organization (MKO/ MEK/ PMOI/ Cult of Rajavi) recount the same stories, the group’s propaganda vitrine shows up as a democratic group to oppose the Iranian Government.

Every day, we hear that Police has arrested cult leaders who have abused their followers in various ways. This is while the MEK leaders have had thousands of victims during the four decades of their cult-like ruling. According to many testimonies, Massoud Rajavi, the leader of the group leads a polygamist cult that deprives members of their liberty in any aspect of their life.

Look at these stories. All ends with denouncement and trial of the leaders of the cults although the number of victims were much less than those abused by the MEK leaders:

1. In October 2019, Dutch Police found on a farm property in Ruinerwold, Netherlands, six siblings, aged 18 to 25, found living in a secret room on the property. It is believed that the family had spent the past nine years preparing for the “end of times,” and believed the rest of the world was doing the same. With a group like that in Ruinerwold—that which is built into a family unit—the parent or parental figure fills the role of “cult leader.” Instead of recruiting individuals, members become children who may know no life outside of their parents’ particular worldview. “This creates a dangerously unbalanced power dynamic—and as these stories show, the result can be even more devastating than what happened in Ruinerwold”, police said. 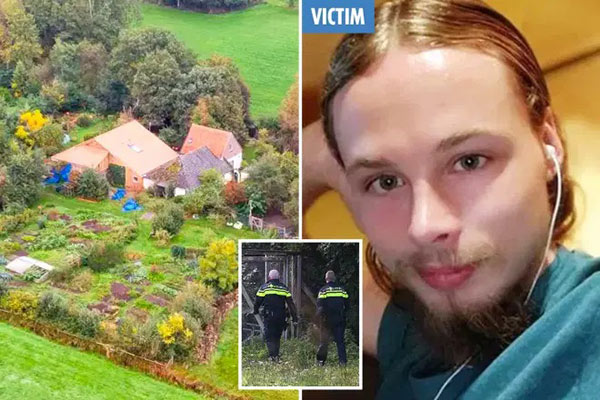 2. A half-century before the six siblings were found preparing for the end of days in Ruinerwold, a doomsday cult in Australia—known as The Family—made international news when female leader, Anne Hamilton-Byrne, was accused of illegal adoptions and child abuse. Between 1968 and 1975, Hamilton-Byrne and her husband Bill acquired 14 children through illegal adoptions or from followers, who were encouraged to give their children over to the woman who soon started to call herself the female incarnation of Jesus Christ. The children were given falsified legal documents, the last name Hamilton-Byrne, and were told that Anne was their biological mother; some children were even grouped into sets of twins or triplets. To further emphasize the familial structure, Hamilton-Byrne dressed the kids in matching outfits and dyed their hair a matching platinum blonde.
The Family first came onto the police’s radar in 1980, when 10-year-old Kim Halm was kidnapped by her mother, a member of The Family. But it wasn’t until 1987 that the group would begin to fall apart when Sarah Moore, formerly Sarah Hamilton-Byrne, was expelled from the group for resisting the rules and rituals and went to police. The property was raided in 1987, and all children were removed from the Hamilton-Byrnes’s care. The couple fled Australia and eluded police for six years, until they were arrested by the FBI in 1993 in the Catskills in New York. They were extradited to Australia and charged with conspiracy to defraud and to commit perjury; they pled guilty to making a false declaration and were fined $5000 each. 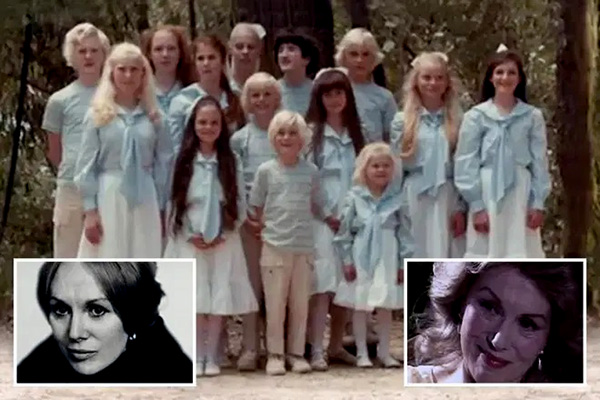 3. On January 14, 2018, two children fled their Perris, California home through a window—one turned back, but a 17-year-old girl continued on and was able to successfully call 911. When police met her, she showed them photos from inside the home, where she and her 12 siblings had been imprisoned for years by their parents, David and Louise Turpin. In the wake of the discovery, the couple was arrested and charged but pled not guilty to all charges until February 22, 2019. At this time, the couple changed their pleas to guilty on fourteen felony counts, including cruelty to an adult dependent, child cruelty, torture, and false imprisonment. On April 19, 2019, the couple was sentenced to life imprisonment with the possibility of parole after 25 years. All thirteen children received medical care in the months following their removal from the home, and the younger children have since been placed in foster homes. 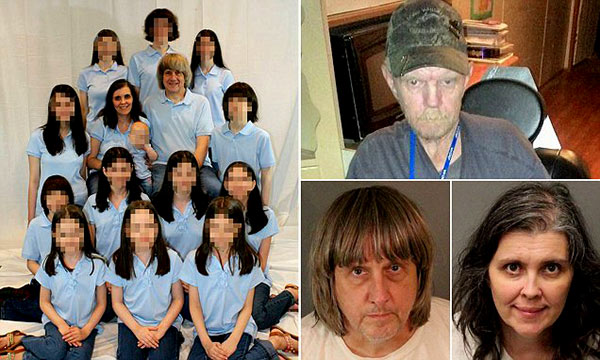 4. In February 2017, BBC reported of a polygamist cult. The daughter of the cult leader had been interviewed on the book she had written on her experience in the cult. Anna LeBaron’s father, Ervil, was the leader of a polygamous cult responsible for more than 20 murders. The killings continued even after his death thanks to a hit list he had left behind. Here Anna speaks for the first time about how she escaped from the cult – and her hope to “redeem” the LeBaron name. 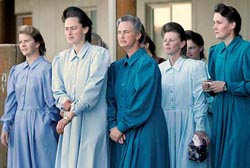 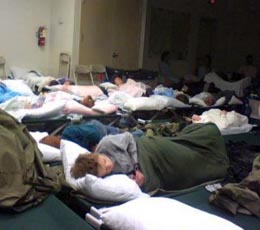 The list of cult stories is endless. The threat of cults seems to be haunting our children and youth everywhere but there is no cult in the world as free as the MEK that has built a glamorous headquarters in the small village of Manza in Albania. The group has settled a few thousand men and women in the rooms behind the barbed wires of that newly built camp called Ashraf 3. The inaccessible members inside the camp include elderlies who have been recruited by the group through deceitful techniques years ago, children who have been grown up in the group separated from their parents –who are now in their thirties and forties—and women who have been made marry Massoud Rajavi and have sex with him. 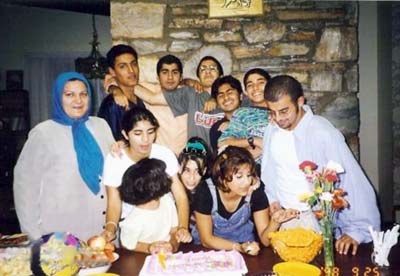 The list of cases of human rights abuses in the MEK’s camp is long but the international willingness to bring leaders of the group to trial is not sturdy enough to stop the ongoing human right violations taken place in Camp Ashraf 3 every day. Read the stories of some of MEK victims: Somayeh Mohammadi, Batoul Soltani, Yasser Ezati, Alan Mohammadi, Nasrin Ebrahimi, Yaser Akbarinasab, Hadi Shams Haeri,…

Quincy Institute: MEK, a proxy force for Israel and Saudi Arabia against Iran