Sharqi: I was under mental torture for 24 years in the MEK

Hassan Sharqi is a former member of the Mujahedin Khalq Organization (MKO/ MEK/ PMOI/ Cult of Rajavi). He addressed the on-line conference held by Nejat Society in August, 2021.
At first, he introduced himself for the participants of the conference:

“I am Hassan Sharqi. I was born in 1954 in Tonekabon [North of Iran]. I was a military man of the Iranain army when I was taken as a war prisoner by the Iraqi forces in Iran-Iraq war in 1980. I was captive in the Iraqi prison for 9 years.” 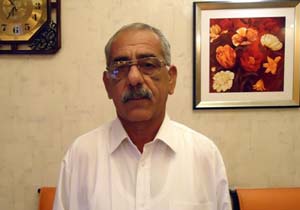 Hassan was recruited by MEK agents when he was in Iraqi jail. “Fed up with my family issues and the hardship in Iraqi prison, I was betrayed by the propaganda launched by recruiters of the notorious cult of Rajavi.”
He was kept in the MEK’s camps for 24 years. “During the 24 years of my stay in the cult, I and my friends were trapped in forced labor without being paid a penny,” he said. “After 24 years of mental torture, I could manage to escape the group and return to my homeland in 2013.”

Expressing his pleasure for the submission of the petition made by his ex-comrades against the MEK leaders to the Court in the Hague, he said, “impatiently, I am looking forward to the trial of the cult leaders.”
He ended his speech by chanting, “Damn with Massoud and Maryam [Rajavi]! Viva Iran!”

My father is looking forward to have news of his son

Gholizadeh: Rajavi is the one who should be executed