Iran is ready to help the US stabilise both Iraq and Afghanistan, but only for a price: a gradual accommodation between Washington and Tehran, starting with the complete cessation of CIA and Pentagon covert operations designed to promote "regime change". "The United States is like a fox caught in a trap" in Iraq, said Amir Mahebian, editor of the conservative daily Reselat, in a recent Tehran conversation. "Why should we free the fox so he can make a dinner out of us?"

In the most widely reported covert operations under way in Iran, the US is smuggling weapons and money to disaffected non-Persian ethnic minority factions. But at the recent Iran-US talks in Baghdad, Iranian delegates focused on less publicized sabotage and espionage missions in the Persian heartland of Iran by a US-backed militia of Persian exiles known as the Mujahideen-e-Khalq (MEK). The MEK backed Saddam Hussein in the 1980-88 Iran-Iraq war and its 3,600 fighters stayed on in Iraq afterwards. Since the invasion of Iraq, US intelligence agencies have disarmed the fighters but have kept the base camps intact and have used MEK operatives for missions in Iran, even though the State Department lists it as a terrorist organisation.

In the Baghdad talks, Iran rejected a US offer to transfer the camps to Morocco, aides to Ayatollah Ali Khamenei, the supreme leader, told me. What Tehran wants is a complete dismantling of MEK paramilitary forces, starting with a screening process in which the Red Cross would arrange reunions between MEK members and their families. Members opting to return to Iran would get an amnesty.

Dismantling the MEK would be the best way to signal US readiness for an accommodation with Tehran, since it is the only militarised exile group seeking to overthrow the Islamic Republic and is the darling of the Washington "regime change" lobby. Alireza Jafarzadeh, chairman of an MEK front group,the National Council of Resistance of Iran, appears regularly on Fox News and is playing a role like that of Ahmad Chalabi in the run-up to the Iraq invasion, rallying congressional and media support for bombing the Natanz nuclear site.

The dominant impression emerging from a week of high-level conversations in Tehran cutting across the ideological spectrum is that Ayatollah Khamenei and the pragmatists in his National Security Council, not the fire-breathing president, Mahmoud Ahmadi-Nejad, control foreign and defence policy; and that most outstanding issues, including the nuclear issue, can be defused over time if the US moves towards recognition of the Islamic Republic and keeps out of the internal Iranian struggle between hardliners and moderates.

It was a naive blunder for George W. Bush, US president, to announce that $75m was being funnelled to Iranians "seeking to promote openness and freedom for the Iranian people". This gave hardliners their excuse for the unconscionable recent arrests of four Iranian-American dual citizens. Similarly, hardline elements are strengthened by pressure tactics on the nuclear issue, such as United Nations sanctions, harassing Iranian banks and stationing two aircraft carriers equipped with nuclear-capable aircraft off Iran’s coast.

What, specifically, is Iran prepared to do in Iraq and Afghanistan? The quickest pay-off would come in intelligence-sharing, help in training security forces and reconstruction assistance. In Iraq, Iranian officials say, they would help in breaking up Sunni terrorist networks and, as relations with Washington improved, in moderating the role of the Shia militias. Iran agrees with the radical cleric Moqtada al-Sadr, they say, that a timetable for the departure of US combat forces is necessary to calm the nationalist passions that fuel insurgent activity. In Afghanistan, said Alaeddin Boroujerdi, chairman of the Majlis (parliament) foreign affairs commission, Iran is ready to expand its economic aid, accelerate anti-narcotics operations and intensify co-operation against the Taliban. What he did not say is that, if US covert operations continue, Iran can retaliate by helping the Taliban.

Even with Iranian help, the future in both Baghdad and Kabul is likely to be tempestuous, but co-operation between Washington and Tehran offers the best hope for damage limitation. This is especially true in Iraq, where the destruction of the Sunni-dominated Saddam regime predictably set the stage for an Iran-tilted Shia majority regime and has made the search for a US-Iranian accommodation throughout the Persian Gulf region an increasingly unavoidable geopolitical necessity.

EXCLUSIVE US TRIP PAID FOR BY IRANIAN ORGANISATION 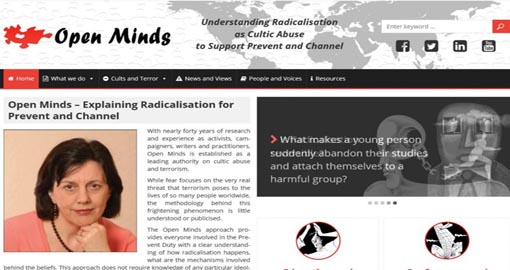 Pros and cons of the Prevent strategy (Counter-terrorism Policy) 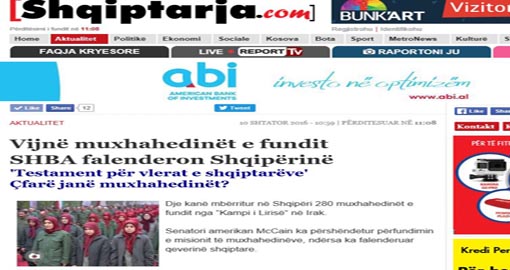 Albanian Paper: Last of the Mojahedin Khalq arrived to Albania – USA thanks Albania