In Memory of victims of the MEK – Mehran Gholami

Following the disastrous adventures of Massoud Rajavi in the early years after the Iranian revolution in 1981, he and other high-ranking cadres of the Mujahedin Khalq (MEK) fled to France and eventually to Iraq. In Iraq, Rajavi planned to form the so-called National Liberation army (NLA) recruiting forces from Iran and the neighboring countries. However, the group had lost its public support in Iran because of the numerous terrorist acts that it had committed against the Iranian civilians and authorities.

Thus, Rajavi decided to recruit forces using fraudulent and manipulative tactics. Most members were recruited on a promise that they would be granted job, refugee status and residence permit in Europe. The majority of the recruited ones had no idea about the MEK; they had unwantedly stepped in a path that there was no exit for it.
In the early years of their stay in Camp Ashraf, a large number of them died in the group’s missions to launch cross border operations or terrorist operations in the cities of Iran. The leaders of the MEK concealed the truth about these people and fabricated epic stories about them as heroes although they had never gone on those deadly missions voluntarily.

As a person who was a member of the MEK for over two decades, I knew some of these victims. Some of them were from my home town; I knew them well. Hence, I decide to write about them in order to enlighten the public opinion about the fraudulent nature of the MEK, to reveal what is behind the murder of MEK victims. Revelations will stop the deceitful Cult of Rajavi from using the names of its victims as martyrs or heroes of the group’s cause. 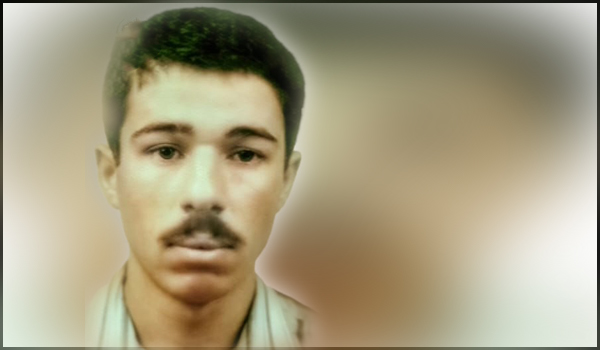 Mehran Gholami; victim of the MEK

The Story of Mehran Gholami

Mehran Gholami was 22 years old from Mahshahr, Khuzestan province, Iran. He was brought to camp Ashraf in March, 1986 on a promise of a temporary stay in Iraq and then getting refuge in a European country. After receiving military trainings in the reception unit of Camp Ashraf, Mehran was organized in the third battalion of Hanif camp under the command of Parviz Karimian (Jahangir). The general commander of the camp was Mohammad Jiati (Siavash).

As he was set in a military unit, Mehran was worried and unhappy from the early days. I had private conversations with him for a few times. “I have not come to know the ideology of the organization completely,” he told me. “I need to read more about it. I was told that I would stay in Ashraf, Iraq, for a short time. Now, I am shocked why I was settled in a military unit to participate operations!”

I suggested him writing a request to the commander of his battalion. A few days later, Parviz Karimian met him. He had told Mehran, “Your problem is not out of the understanding of the group’s ideology. You are afraid of martyrdom which will be solved as soon as you arrive in the scene of the operation. Your other doubts will be resolved gradually as you encounter the operations practically.”

Despite such explanations made by the commander, Mehran’s doubts were never resolved. He was never eager to learn military trainings. He was not in the mood to attend military maneuvers. Instead, he spent most of his time reading books in the library trying to learn more about the MEK. Two more times, he pursued the promise they had made to send him to Europe but he was never given a clear answer.
I saw him in the eating place a day before he went for operation. Contrary to the group’s regulations, he told me about the location and the target of the operation that he was supposed to attend. He looked very nervous. “I am afraid this is the last time we meet,” he told me. “I have not received enough trainings yet. I do not know how to deal with arms!”

In August, 1987, together with a number of the forces of the third battalion, Mehran went to the border area of Dehloran and never got back. His other companions later told me that he and others of his unit had been surrounded by the Iranian army. Mehran had wanted to pull the grenade launcher to launch it against the army forces but it had been exploded in his own hands because he had not been well trained.
I felt so sorry to hear that. I could not forget his last words. I could not forget the sad, distressed and worried face of Mehran who was concerned about his future.

The propaganda websites of the Cult of Rajavi use a picture of Mehran to show off. The hypocrite leaders of the group never tell the truth that the 22-year-old Mehran was actually the victim of their dishonest promises, not the martyr of Rajavi’s cause. His parents will suffer his absence forever.

By Ali Ekrami, former member of the MEK