Abdolmehdi Baymani was from Mahshahr, Khuzestan. Together with his friends Abdorasool Ghanavatian and Bahman Atigh, he was smuggled to Iraq by the Mujahedin’s human smugglers who deceived young Iranian on a promise of immigrating to Europe.
I saw Mehdi baymani in the reception section of Camp Ashraf, for the first time, in 1999. As we were from the same home town, he had asked to visit me. I visited Mehdi, Rasool and Bahman for dinner. He was pretty tall and looked so innocent and sweet wearing thick glasses that made him distinguished.
As I talked with him, I realized that he was not a political person at all and had no earlier information about the MEK. At that night, we talked about Mahshahr and our families. He recalled me of my family who I had no news of them for years. He knew about my past life because he had been a neighbor of my uncle and so a friend of my cousins. 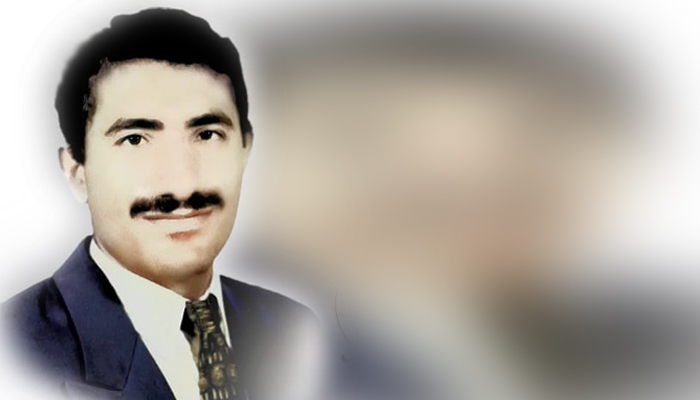 When I asked him about the reason of his coming to Ashraf, he told, “being jobless and the dream of living in Europe persuaded me to accept the suggestion made by one of my friends.”
“He introduced me a man whose job was human trafficking in the Gulf countries.” Mehdi said. “First, he was supposed to take me to Kuwait but after some time he said that the plan has been changed and I should go to Iraq! As I heard the word Iraq, I got surprised because we were at war with Iraq for several years. I thought that Iraq would not have a good relationship with Iranians and would not be safe for us. I was obsessed with the border line which was still full of undiscovered mines. However, the persistence of the man convinced me to go. I thought that it was my last chance for immigrating to Europe. I got the phone numbers of my close friends to call them immediately after I arrived in Europe.”

I felt pity for Mehdi. He was so naïve and honest. After the dinner, I said goodbye to Mehdi and his friends and I did not see him anymore. A year later, in 2000, the group announced that Mehdi had been killed in the Iran-Iraq border while he was returning from Iran to Iraq. I was shocked. I wondered what he was doing in the border line. I never thought that he would be sent for cross border operations because his eyes were awfully weak. He had serious vision problems at night. The next day, the MEK published an announcement to declare that Abdolmehdi Baymani had been sent to Iran to launch an operation.

The MEK commanders had not provided him with a safe house in Iran. They had forced him to use his family and their home to cover the operation and this way his family had been faced with security issues.
Abdolmehdi Baymani was killed at the age of 23 while he was a young man who just loved to live in a European country. He fell in the trap of the Rajavi’s terrorist cult. He was actually killed for Rajavi’s ambitions. He took his dream of living in Europe to the grave.
After the death of Mehdi, the inhuman Cult of Rajavi launched a propaganda to show off Mehdi as a hero who was in love with Maryam and Massoud Rajavi but the rank and file of the group regrated and felt sympathy for Mehdi’s heartbreaking fate.

The Many Faces of the MEK, Explained By Its Former Top Spy Massoud Khodabandeh