Before Massoud Khodabandeh settled into his life as a consultant living quietly in the middle of England, he was directing the intelligence operations of a group that’s been labelled as a terrorist cult. 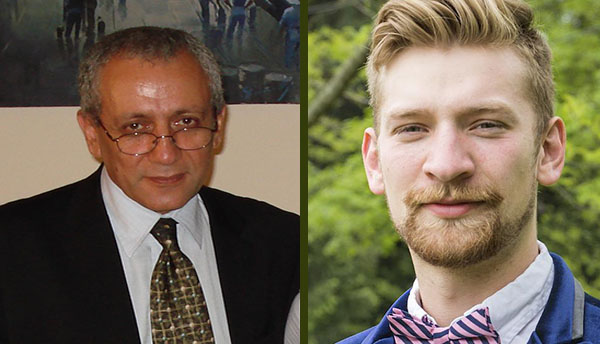 The group is called the Mujahideen al-Khalq (MEK), and Khodabandeh had, for decades, witnessed its changing of faces: from radical student group opposed to the rule of the Shah in Iran, to anti-Ayatollah guerrilla group, to pro-Saddam militia, to what it is now, an inward-looking and reclusive group with no clear identity beyond its obedience to its leader, Maryam Rajavi.

Massoud Khodabandeh left the group and granted Al Bawaba an exclusive interview, where he documents his smuggling of radio equipment into Iran, his spying on Iranian leaders and MEK defectors and his eventual departure from the group.

… I remember when I was a student in London, I used to send books to Iran with translation form English to Farsi. They were all books about psychology and books relevant to cults. After two and a half decades I realised that this is what he was doing. He is learning from these books…

Speaking in depth about my experiences with the MEK, from my days as a student up to why I left. Thanks to Ty Joplin of Albawaba for the podcast.

Khodabandeh details to Al Bawaba his founding of an MEK cell in London and his imprisonment for participating in a sit-in of the Iranian embassy during the 1979 Iran revolution. After that, he began operating covertly in Europe, traversing the continent with secret funding and passports, looking over all of the MEK’s cells working in Europe at the time, slowing becoming one of its most senior and trusted members.

After the 1980-1988 Iran-Iraq war and the MEK’s falling out with the Iranian regime, Khodabandeh began smuggling radio equipment into Iran via Baghdad, taking powerful radio technology into a secluded station in the mountains of Iranian Kurdistan and surviving attacks by Iranian forces in the process.

As well as helping the MEK cement an international presence, Khodabandeh also remembers helping the MEK’s former leader, Massoud Rajavi, with a particular request. Rajavi asked Khodabandeh to send him dozens of books on cults and psychological manipulation; a request Khodabandeh did not hesitate to fulfill. Decades later, he learned that each book he was smuggling to Massoud was being translated into Farsi and used as a guide on how to transform the MEK into a personalist cult dedicated to serving the will of its leader, Massoud.

After leaving the group, Khodabandeh admits that he had a difficult time reintegrating into society, as he struggled to rid himself of the constraints the MEK forces upon its members.

He forbade himself from watching television, and did not know the extent of Iraq’s crimes against Iranians during the Iran-Iraq War. But Khodabandeh considers himself lucky; he was able to leave the group while thousands are still trapped inside its confines, doomed to be associated with an opposition group many consider a terrorist cult.