Soraya Abdollahi blew out the candles on the birthday cake of her son, Amir Aslan who has been taken as a hostage by the Mujahedin Khalq (the MEK/ the Cult of Rajavi) for 20 years.
Amir Aslan was born on Yalda Night which marks the winter solstice in the Persian calendar. Since 2002, every year at Yalda Night, Soraya blows out the candles and cuts the birthday cake of Amir Aslan in his absence.
Amir Aslan Hassanzadeh was only 19 when he fell in the trap of the MEK recruiters in Turkey. During the 20 years that he has been behind the bars of the Cult of Rajavi, his mother has been endeavoring to find a way to contact Amir Aslan.

“My dear Amir Aslan! I blew out the candles of your 39th birthday as every year in these past twenty years,” Soraya said addressing her beloved son. “I am still hopeful that you will be with me next year.”
Weeping tears while cutting the cake, Soraya talks to her radicalized son in the MEK’s camp in Albania. “I hope that you will be able to make a decision to find your way to freedom,” she tells Amir Aslan. 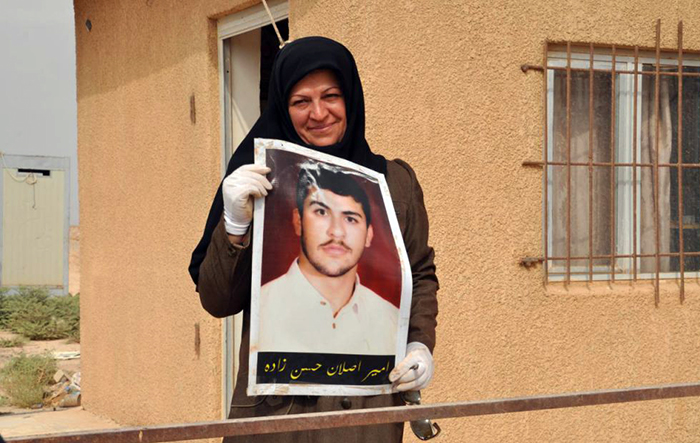 In order to visit her son, Soraya Abdollahi has taken various actions but she has not been successful yet. She traveled to Iraq several times when the MEK was located there. She picketed in front of the gates of MEK’s camps in Iraq but the group authorities never allowed AmirAslan to visit his mother. Soraya also traveled to the UN’s office in Geneva to appeal to the UN special rapporteur on human rights. She has written so many letters to the international community and the Albanian authorities. She is now the head of an association for mothers of MEK hostages.