Soraya Abdollahi, the mother of Amir Aslan Hassanzadeh, was a key speaker at the premier of the new documentary produced by Nejat Society. Last week, the first public presentation of “From Tirana to Tehran” was held by Nejat Society. The movie is a documentary based on the grieves of families of those held as hostages in the camp of the Mujahedin-e Khalq in Tirana, Albania. Soraya has been an active member of Nejat Society for the long years of separation from her son.

Soraya Abdollahi, who have been looking forward to contacting his son, hijacked by the MEK, addressed the audience: “Our beloved children are in captivity of the destructive cult of Rajavi and the monstrous Mujahedin. We, mothers, picketed in Iraq for 4 years only to hug our beloved children but they did not allow us.”
Expressing pleasure for those who have managed to escape the group in recent years she said: “My son has been taken as a hostage in the MEK for 20 years. I and other families have written a large number of letters to human rights organizations but there has been no response. However, we are still standing firmly calling for the release of our loved ones.” 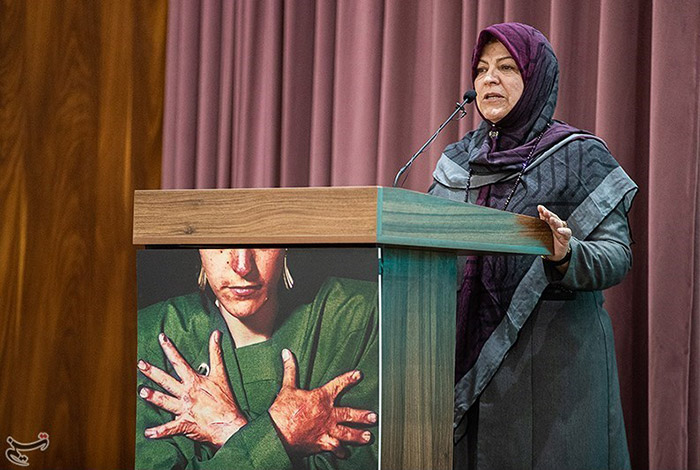 Soraya Abdollahi has formed a foundation called “Mothers Organization”, members of which are mothers of those who are taken as hostages in the MEK’s headquarters in Albania. “Via our organization we have sent several letters to the International bodies asking for aid,” Abdollahi said.

The mother of Amir Aslan spoke of an intense and prolonged grief that cannot be spoken: the fact that a large number of mothers of MEK hostages are too old to wait for the release of their beloved children. “So many mothers passed away such as the mother of Hamid Atabay whose son has just left the group after 35 years but she is no more in this world to see her son,” she stated. “How do human rights bodies neglect such grieves?”
Amir Aslan Hasanzadeh is a member the MEK recruited by the group in 2002 (1381) when he was 21 years old. Now he is 42 years old. He is not married because as well as all members of the MEK, he has been kept in isolation as a jihadist by Massoud and Maryam Rajavi. His mother Sorayah has made efforts to meet him but the MEK leaders have so far manipulated the international community and the Albanian government preventing her and hundreds of other Iranian mothers from contacting their children.

The MEK is NOT the voice of Iranian Nation

Mother of an MEK hostage to slam Maryam Rajavi