Ardeshir Darvishi joined the Mujahedin Khalq Organization (MEK/ MKO/ PMOI/ Cult of Rajavi) when he was 32 years old. He crossed the Iranian border to reach the MEK’s headquarters in Iraqi territory, Camp Ashraf. He was a sympathizer of the group since his teen years but residing in the group’s base changed his mind about it.

“When I entered Camp Ashraf, I felt like arriving in my dream promised land but after a year and a half I got to know the MEK deeply; I found out that I was wrong,” he says.
After half and a year, he began questioning the group’s attitudes against the rank and file. He wanted to leave the group but he was not allowed to. Instead, he was labeled as being agent of the Iranian government by the group commanders. 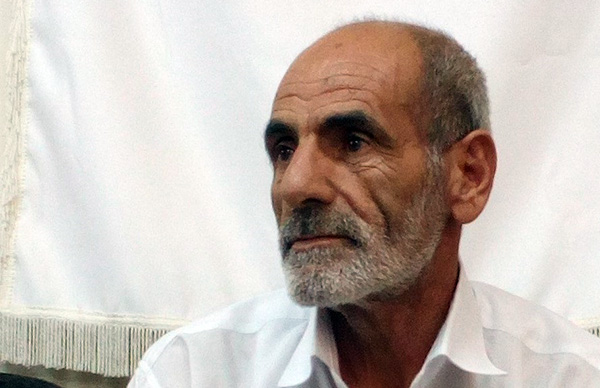 In 1994, he was jailed, interrogated and tortured violently in the group’s prison in Camp Ashraf. About 300 of other MEK members were also in Eskan prison, accused of working for the Iranian Intelligence because they had just criticized the group’s ruling system.
Ardeshir’s punishment period was done after a few weeks but again he was not permitted to leave the cult-like system of the MEK. He had to stay in the group for 10 more years.
In 2004, he was serving the group as a loader driver when he decided to escape Camp Ashraf. The group had been disarmed by the US army a year earlier so he was sure that he would not be shot dead by his commanders if he was noticed while escaping.

One day, he drove the loader toward the embankment around Camp Ashraf and opened his way out. He went to camp TIPF that the US army had founded to settle defectors and escapees from Camp Ashraf.
“I surrendered to the Americans who were located near Ashraf,” Ardeshir says. “Zhila Deiheem [an MEK commander] came to the American camp to convince me to get back to Camp Ashraf. Another commander named Hedayat came to warn me that I would be executed if I returned to Iran but I did not care. I returned home by the aid of the Red Cross.”

Ardeshir Deihimi got back to his family in his home town in Lorestan, Iran. He rebuilt his life; found a job, married and had children. However, he still regrets the 13 years he lost in the MEK. Last year he filed a petition against the leaders of the MEK in an Iranian court. His petition was eventually submitted to the International Court of the Hague.

Darvishi witnessed Parviz Ahmadi’s killing under torture in the MEK

The MEK former member: Rajavi is an Iranian Bin-Laden