“We were lucky that we could manage to escape Camp Ashraf,” Mohammad Reza Goli writes. “If we had been arrested while escaping the camp, we would have been at risk of any kind of punishment by the group commanders.”

Goli, was a member of the Mujahedin Khalq Organization (MKO/ MEK/ PMOI/ Cult of Rajavi) for 23 years. In the spring of 2011, after he lost 36 of his comrades in the operation against Iraqi forces, he decided to leave the group. (On April 6th, Massoud Rajavi ordered his unarmed forces to attack the Iraqi armed forces who were supposed to enter Camp Ashraf to build a station. Members of the Cult of Rajavi had been coerced to stand as a human shield against Iraqi military vehicles. The clashes left the MEK’s rank and file with 36 people dead and hundreds injured.) 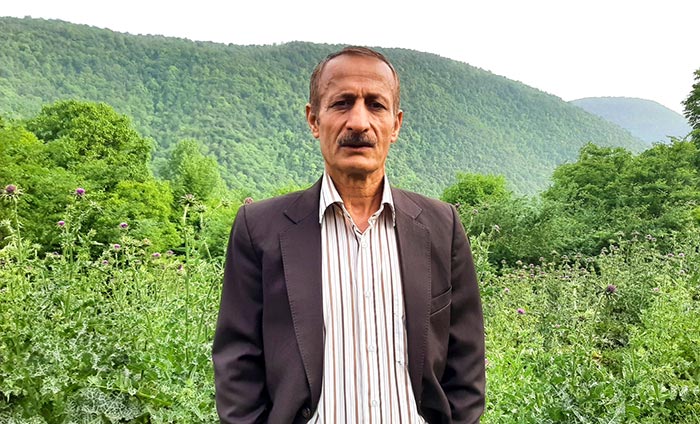 “After the April 6th clashes, I got determined to leave the Cult of Rajavi”, Goli writes in his memoirs on his escape from the cult. It was not easy to break through the tall, highly guarded fences of Camp Ashraf. Together with a comrade, he started planning the escape but, in the cult-like atmosphere of the group it was not easy to talk to each other about the simplest issues either.

“We had to secretly discuss our plan in the way to go to the eating place or while eating meals there,” he states. “This way, we planned how to escape and we divided the tasks.”
They needed a ladder, to climb the fences around Camp Ashraf but it was not enough. The fences included three rows of circled barbed wires of which the width was about 1.5 meters. Thus, they needed a tool to put on top of the fences to move through it.

“We made it from wood and we found a ladder. We put them near the fences,” Goli explains how they prepared the equipment they needed for their prison break.

They chose Thursday night for their flee because that was the only time in the week that members were a little free to do sports or have gatherings in the eating place. The were under less control. Other times of the week they had to do the tasks they are ordered to and they had to attend self-confession and self-criticism meetings.
“On Thursday night I went to the eating place but I could not eat dinner,” he says. “I was not stressed out or scared but I felt guilty. I felt like a traitor to my 23 years background of struggle. However, the atmosphere of the group was so poisonous and negative that I was not able to stay.”

It was about nine o’clock when Goli and his friend went out from the door behind their unit to take the ladder and move it to the wall of the unit. They succeeded to cross the wall and now it was time to go to the Southern fence of Camp Ashraf.

The Southern side of the camp was guarded by three people. That night, Goli himself was supposed to take the post at ten o’clock. They waited in ambush for the other guard to leave. “We crawled to the fences carrying our pack backs, the ladder and the wooden board,” he writes. “We climbed up the ladder and threw our back backs on the other side of the fence and then we jumped down the fence.”

Goli and his friend could manage to escape the bars of the Cult of Rajavi. They had to submit themselves to Iraqi forces who were in charge of guarding camp Ashraf. “I told the Iraqi soldier that we had escaped Ashraf.” Goli writes. “He called his commanders to inform them that two people had left the camp.”
“While Waiting for Iraqi officers we were watching our ex-comrades on the other side of the fences inside Camp Ashraf,” Goli continues. “The guard noticed the ladder on the fence. He rushed to call the commanders. Fifteen people of forces of our unit came to the scene. Commanders came in their Land Cruisers. They were frightened. They looked confused. They were looking all around.”

The funny part of the story is that Goli and his friend wave to them to let them know that they had left the group in order that they stop looking for them but they kept on searching. “The idiots were so freaked out that they could not stop searching. They thought that they would find other escapees among the bush.”
Leaving the Cult of Rajavi is unforgivable. “They had no arms,” Goli says. “If they had had arms, they would have shot us undoubtedly.”

Eventually, Goli got back to his family in his home town, north of Iran. Today, he writes his account of years of living under the modern slavery of the personality cult of Massoud and Maryam Rajavi, in Persian.

The Pandora Box of the Mujahedin Khalq sex cult

Letter from Samad Eskandari to the Swedish Ambassador to Iran