The Albanian members of Association for the support of Iranian Living in Albania (ASILA) visited families of hostages taken by the Mujahedin-e Khalq (MEK) in Iran.
The Albanian authorities of ASILA, Dashamir Mersuli, Gjergji Thanasi and Vladimir Veis who were invited by Nejat Society, arrived in Tehran, Iran on June 9th. They flew to Isfahan immediately after.
In Isfahan, they visited the families of MEK hostages, presenting a report on their activities regarding the survivors of the Cult of Rajavi and the cultural and human actions they have taken in this regard, in Albania. They answered questions asked by families and received their suggestions.

The second destination of Nejat Society’s guests was Shiraz where they visited families and listened to their heart-breaking stories. They expressed hope for a better future for families in order to enjoy facilities for contacting their loved ones who are isolated in the MEK’s headquarters in Albania, Camp Ashraf 3.

Then they traveled to Mashad. The Albanian officials of ASILA also showed up in a meeting with families of Mashadi members of the MEK. They were also welcomed in the house of parents of Hassan Heirani, the Iranian head of ASILA in Albania. His parents had previously tried to travel to Albania but they had not been allowed to fly to Tirana by the Albanian government. ASILA authorities appreciated the efforts made by Hassan Heirani and his friends and colleagues in ASILA office in Tirana.

The guests of Nejat Society finally returned to Tehran and attended a meeting with a large group of families who had come from all over Iran. Mr. Thanasi and his friends presented a detailed report on the actions they have taken since the establishment of ASILA. They promised that the desire of families which is reunion with their loved ones in the MEK, will come true as soon as possible. 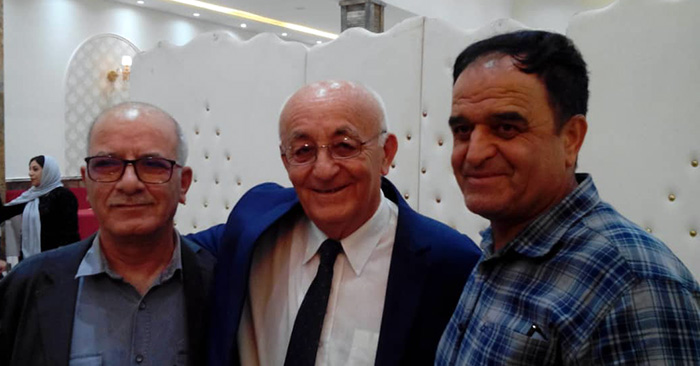 During the entire meetings with families, video connections with Iranian members of ASILA were established. As the most recent defector of the MEK, Mahmoud Dehghani addressed the families giving a report on the last conditions of members inside the MEK. 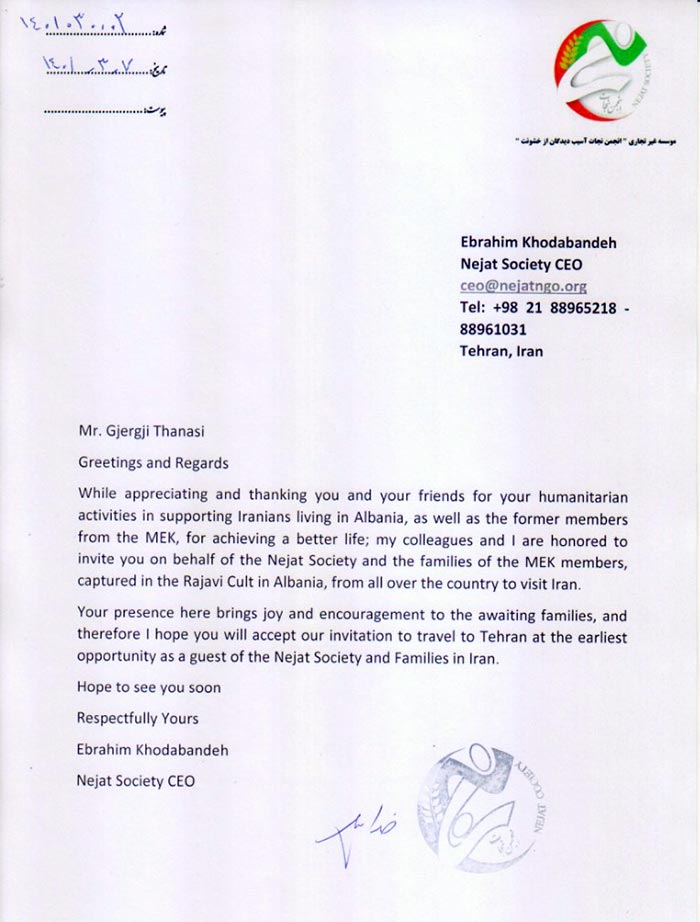