13 months ago in December 2006, the European Court of First Instance annulled an EU move to keep Iranian Mojahedin-e Khalq Organisation (MKO) on its terror blacklist, ruling it had not given the group a fair hearing or adequate reasons. However, the EU disputed the ruling and kept the organization on a new version of its list. On December 22, 2007 the European Union published its official Journal in which it updated the Common Position 2001/931/CFSP on the application of specific measures to combat terrorism and repeated Common Position 2007/448/CFSP.

But the move by MKO to challenge the EU and lodge an appeal against the EUâ€™s decision seems to have encouraged other blacklisted persons to make a try. Reported by the International Herald Tribune, Yasin al-Qadi, head of the Saudi-based Muwafaq Foundation, is trying to appeal the freezing of his assets by the 27-nation bloc under a U.N. order filed after the Sept. 11. The US Treasury officials allege al-Qadi’s organization is an al-Qaida front used to funnel millions of dollars (euros) to the global terror organization. Al-Qadi was one of four plaintiffs whose case was dismissed by the EU court in 2005 after they were added to the EU’s terror blacklist.

It is said that the EU’s high court has also recently overturned a decision to freeze the assets of an exiled Philippine rebel leader and the Netherlands-based Al-Aqsa foundation because they were not informed why their assets were frozen. 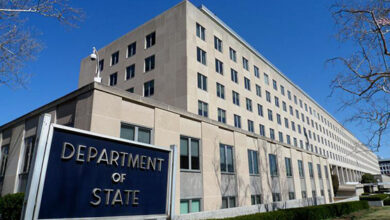