Researchers and the scientists of humanities have identified similar features in all contemporary cults one of which is application of mental and psychological control techniques mainly aimed at persuading cult members, and making them more and more obedient and passive. Considering the significance of the matter, finding out the nature and extent of members’ obedience in cults is one of the major issues in internal cultist relations. The reasons why a person submits to be subjected to mental, physical , psychological, and financial misuse to the extent that he/she gives up job, family, and the individual freedom are very important issues for those interested in investigating cultist mechanisms and levers. In simple words, those outside cults, out of curiosity, strive for public awareness and preventing people’s deviation as well as discovering how in an age of scientific development and communication there people who easily fall in the cultsâ€™ trap and are are hoodwinked by their tricks. In order to understand such an issue we must look at the social and psychological techniques used by cults and cultic groups. This process of planned, convert coordinated influence-popularly called brainwashing or mind control or, more technically, thought reform-is the means by which the cult leader subjugates the followers.

The fact is that at first such mechanisms are raw materials based on psychological theories and assumptions and are to be put into action. Our discussion is around the brief study of such mechanisms by which people undergo full obedience and control and also comparing the programs exercised in cults like that of Mojahedin-e Khalq Organization (MKO) initially blacklisted as a terrorist organization. Mojahedin stand opposed to the allegations of being a cultist group abusing sophisticated scientific procedures to expand its hegemonic domination over the members. However, such a position taken by them does not affect theoretical and academic challenges put against them. What is of importance is the extent to which their relations and techniques are adaptable to that of other cults. First we’d better develop an understanding of through what mechanisms cults manage to survive.

Cults aim at creating drastic mental and psychological changes in all aspects of members’ life. They insist on saying that cultist values are significantly above those admired in the society and the first step to enter a cult is cutting all those values repelled by the cult. That is the prerequisite to prepare members to easily consent to cultist teachings that implant a completely different life-style. As Margaret Singer explains:

Cults tend to require members to undergo a major disruption or change in lifestyle. Many cults put great pressure on new members to leave their families, mends, and jobs to become immersed in the group’s major purpose. This isolation tactic is one of the cults’ most common mechanisms of control and enforced dependency. (1)

For the techniques to be accomplished in internal relation of Mojahedin, three stages has to be met; cleansing the mind of any non-organizational mental drifts, taking the individual mental, behavioral, and psychological functions under the control, and finally impose it on the individuals to be in a constant conflict of facing permanent contradiction between his/her personal values and the organizationâ€™s ideal world. The finally process results in full metamorphosis of members and molded as desired by the cult. They are under a never-ceasing watch to be found with the flaws they had hardly noticed in themselves for which they will be reproached in the presence of other members whom will have no escape from the strict criticism. They all try to adapt themselves to the new conditions to find a new identity and gain organizational legitimacy. Such procedures opted for as the mechanism of overcoming non-revolutionary features result in a total dependence of the individuals to cult. The main theme of all cults is mind control and gradual self-alteration, a factor that is explicitly observable in internal relations of Mojahedin under different pretexts as organizational discipline. Cults are known to dictate what members have to wear and eat and when and where they work, sleep, and bathe as well as what they should believe in, think, and say and even dream. Although such factors comprise the primary cultist instructions, they may set the ground for further destructive direction.

Most former MKO members as well as Mojahedin themselves acknowledge the implementation of these mind-control techniques. The main difference between Mojahedin and other cults is that the techniques are phased that are vehemently glorified and celebrated as unmatched turning points. Mojahedinâ€™s internal ideological revolution is the best example. It is most likely that Mojahedin, because of feeling close strategic and ideological affinities, have been influenced by Maoâ€™s Cultural Revolution in China. However, according to Singer, Mao resorted to thought-reform programs under the influence of cultist relations:

Then in the late 1940s and early 1950s, the world witnessed personnel at Chinese revolutionary universities implement a thought-reform program that changed the beliefs and behaviors of the citizens of the largest nation in the world. This program, which Mao Tse-tung wrote about as early as the 1920s, was put into place when the Communist regime took power in China on October 1, 1949. Chairman Mao had long planned how to change people’s political selves-to achieve "ideological remolding," as he called it-through the use of a coordinated program of psychological, social, and political coercion. As a result, millions of Chinese citizens were induced to espouse new philosophies and exhibit new conduct (2).

Maoâ€™s "Red Book" refers openly to the significance of such procedures for achieving what he calls revolution. Mehdi Abrishamchi defines it as adaptation and mental and conceptual balance. the mechanisms aim at reforming the basic values of a person distancing him from individual identity, persuasion and also absolute submission to organizational commands. In this regard, Eric Hofer writes:

To ripen a person for self-sacrifice he must be stripped of his individual identity and distinctness. He must cease to be George, Hans, van, or Tadao- a human atom with an existence bounded by birth and death. The most drastic way to achieve this end is by the complete assimilation of the individual into a collective body. The fully assimilated individual does not see himself and others as human beings. When asked who he is, his automatic response is that he is a German, a Russian, a Japanese, a Christian, a Moslem, a member of a certain tribe or family, He has no purpose, worth and destiny apart from his collective body; and as long as that body lives he cannot really die. (3)

Mojahedin identify the individual identity to sealed boxes and believe that the main theme of the ideological revolution is to unlock these boxes:

To unlock the boxes (minds of members) is the main theme and the first stage of ideological revolution. (4)

By opening these boxes the first step is taken to change members’ attitudes and standpoints to adapt them to organizationally adopted values and principles that are in contradiction with the outside world.

1. Singer, M. Cults in our midst. Coordinated programs of persuasion.

4. Niyabati, B; A different look at the internal ideological revolution within MKO, p.36 Exhibition on the cult of Rajavi in Shiraz University campus 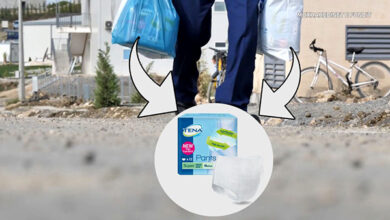 53 signatories to Guterres – Families need the names of wounded residents