from Arbil, Sulymanyeh and Dahuk in Iraqi Kurdistan

On May 2nd the American army run Temporary International Persons Facility (TIPF) at Camp Ashraf was closed completely, ending a process which 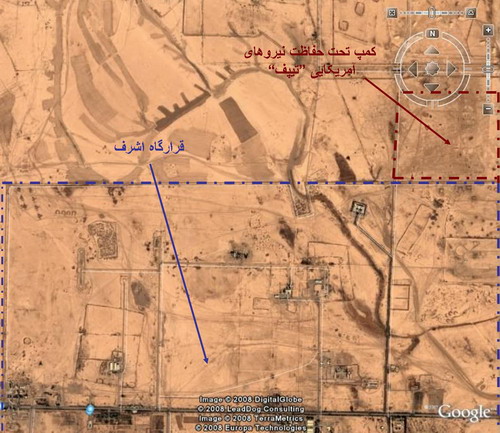 had begun in December 2007. The TIPF was situated adjacent to the military base of the terrorist Rajavi cult in Khales, Diyali province, in Iraq. TIPF had been established in 2003 to give refuge to survivors of the cult who had rejected the group and managed to escape. Around 3,300 members of the Mojahedin-e Khalq (aka Rajavi cult) are still being held as ‘protected’ prisoners by the American military.

After the removal of several of the survivors of the cult in December 2007 and the establishment of Sahar Family Foundation with the help of the Iraqi Government, Iraqi and international human rights organizations, as well as the families of the victims and survivors, the remaining people who did not wish to leave the protection of the American army were transferred on May 2, to Dahuk in Iraqi Kurdistan. 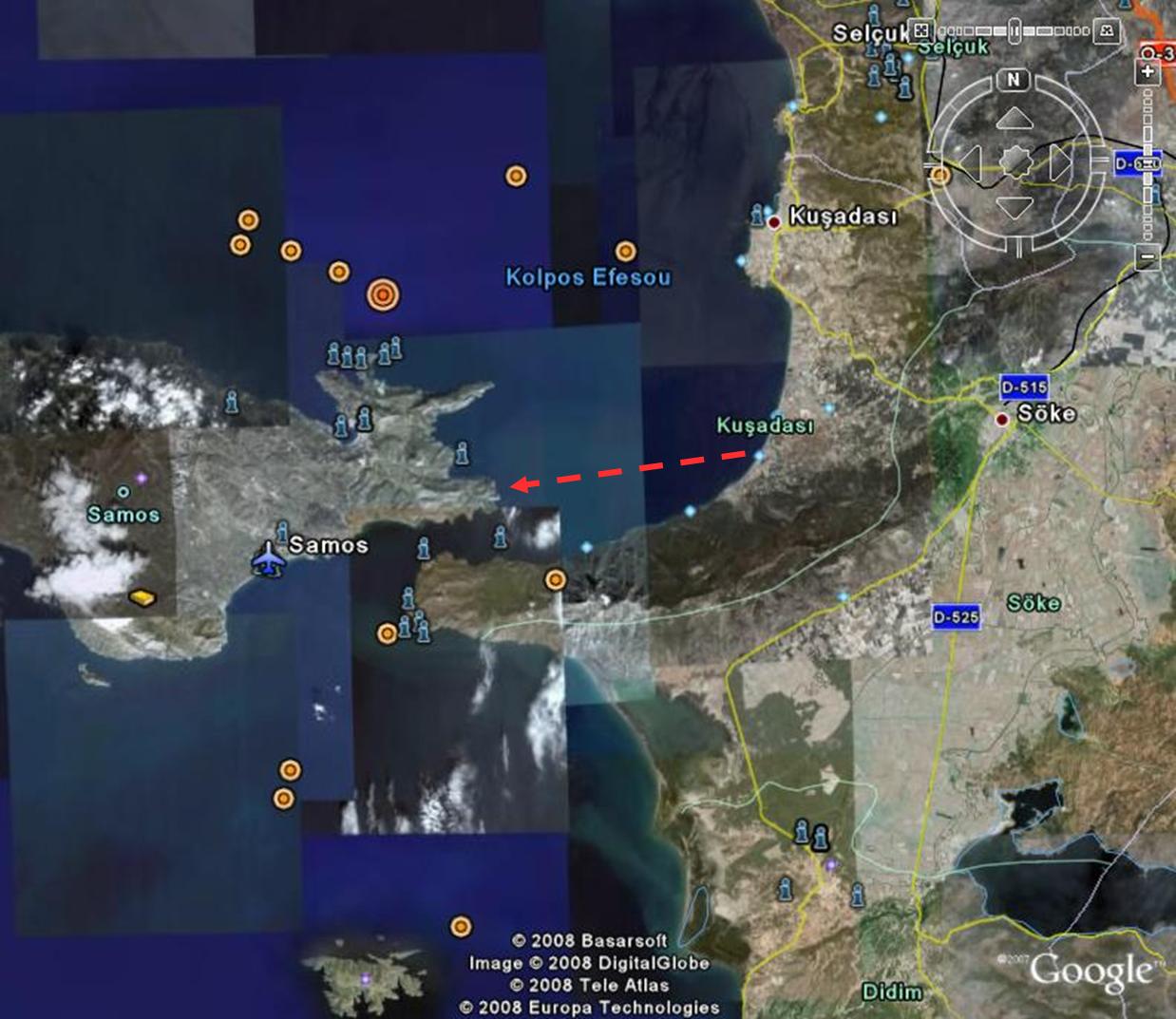 Ms. Batool Soltani, an ex-member of the Leadership Council of MKO who managed to escape from Camp Ashraf about 4 months ago, is now representing Sahar Family Foundation in Iraq and Turkey. Following a visit to Istanbul in May, she has now visited Arbil, Sulymanyeh and Dahuk in the Kurdish region of Iraq to assess the situation of the survivors who are now accommodated temporarily in these places until they find a way to settle in safer places.

Ms. Soltani also met with officials from the Kurdish Regional Government, various NGO offices in these cities, and officials from the US army in Kurdistan. These meetings will continue over the next few days and a full report will be published in this respect.

The statistics and situation currently pertaining to the survivors in Kurdistan are:

At this moment in time there are 12 people in Arbil, 2 in Sulymanyeh and out of the 85 people who were transferred from TIPF to Dahuk, 65 are still present (others have left to reach neighboring and European countries). The American army personnel who have been accommodating the people in Dahuk have now begun transferring them to Arbil. These will be accommodated with the other 12 people who live in 2 houses, and a new house which has been hired by UNHCR. The 12 who were there and the new arrivals are all under the protection of UNHCR and are given shelter (in houses) and food rations. They are free in respect of movement and are accepted by the Kurdish Regional Government (special thanks to PM Shirvan Barezani).

In recent days MKO members have been contacting these people (the group has hired (bought) one of the survivors as its agent in Kurdistan whose name, place and contact numbers and other information including his contacts in the terrorist organization are available for interested official bodies if needed) and has offered 1300 US dollars and 250,000 Iraqi Dinars (about 200 US dollars) altogether 1500 US dollars to whoever signs papers to say that the MKO has treated them well and includes all the usual cultish claims associated with forced confessions. We must stress that some of the people who are being approached are in such a desperate situation that have not had any fruit or vegetables for over 2 months and have survived on only grains and pulses.

Many people have refused to sign these papers and receive the money but Ms. Batool Soltani who is being accompanied by Mr. Massoud Khodabandeh from Iran-Interlink asked all the survivors to sign the papers (which are not worth the paper written on) and take the money which is desperately needed in this situation. Massoud Khodabandeh explained to the survivors that the signatures which the Rajavi cult gets from people in need (or by force in the cult’s terrorist camp or in their terror HQ in the suburbs of Paris), is part of a psychological war with those people who have been subjected to cult manipulation for years. Khodabandeh emphasized that when the survivors reach free countries in Europe and elsewhere, they will be able to talk freely about what has happened to them and that these kinds of signature (and video confessions) obtained by the cult using deception and coercion, will not negate the truth, and people in free countries would not criticize you for accepting to sign bogus papers in order to rescue yourselves.

Some of the survivors told us that Rajavi’s representative in Kurdistan (the same bought agent) has told them that “SAHAR Family Foundation activities have increased your price [that is, the value of the people there] and we pay this money to see that if they can match what we can offer [that is, if Sahar can pay more to buy the people that Rajavi thinks he has bought for 1500 dollars].

Khodabandeh and Soltani in response announced that first Rajavi should understand that a single hair of any of these people is worth more than the combined leadership of the cult, and the rest of the money stolen from these people by the cult leaders will be taken back through European courts in future (it is interesting that already Rajavi is offering 5,000 US dollars in Turkey and 20,000 US dollars in European countries to silence these survivors for a short time, and we believe they should take the money and sign whatever is given as this is only a small percentage of their own money stolen by the cult leaders).

In a meeting with some of the survivors in Dahuk, Ms. Soltani gave a brief report on her meetings with various officials and said that the representative of the US Army in Camp Ashraf has clearly announced that, contrary to the propaganda of MKO, for the people trapped in the camp, anyone who approaches the US army personnel would be taken under the protection of the army and under no circumstances would the person seeking protection be handed back to the cult leaders inside the camp.

These people would be transferred to the protection of UNHCR in Kurdistan and join the other survivors already there. The official from the US army also emphasized that again contrary to what MKO is publicizing, there is not a grain of sympathy with this terrorist organization among Americans, or for that matter Iraqis, and the US army is already seriously concerned about what is called the Exit part (MKO has apparently arranged accommodation inside Camp Ashraf for disaffected members and is keeping them there by force) and is investigating. He emphasized that these kinds of activities by the Mojahedin-e Khalq terrorists inside the camp is as illegal as it is immoral.

According to eye witnesses in Kurdistan, the survivors in Kurdistan (as well as the ones in Turkey and other countries reaching Europe) have been told by MKO agents that if they accept to sit in front of a camera and announce that "… I am at this moment in good health etc… and announce that MKO has been overly humanitarian etc and it is my fault that I have left them because I am weak etc,… and if in future you see me saying things against MKO I say from now that it would only happen under the pressure of the Intelligence Ministry of Iran …." they would receive a sum substantially more that the 1500 US dollars they can receive now for signing in their favour.

Considering the various cases of kidnapping, missing people and the reports about killing people inside the various camps of MKO terrorists in Ashraf (Iraq) and Auvers-sur-Oise (France), Khodabandeh reminded the survivors that if these conditions involve their presence in the HQ of Rajavi cult or their safe houses in Iraq, Turkey or European countries, they should not take the risk until after obtaining their legal status as refugees from a democratic countries and to not do so without the full knowledge of the law enforcement agencies of these countries.

The survivors are also reporting that the agents of MKO have announced that for any information as to the whereabouts of the families who are trying to visit Camp Ashraf (under protection of the US army) to see their relatives (which should be encouraged by the occupying forces according the Fourth Geneva Convention), and especially information as to the whereabouts of Ms. Soltani and Mr. Khodabandeh, MKO would pay a lavish price – enough to provide a good capital for the informer to start a new life in a western country of his or her choice.

Ms. Soltani in response said that the man (Rajavi) has always been a subject for jokes and laughter from day one. She said that in the last telephone conversation between the Leadership Council of MKO terrorists in Camp Ashraf and Massoud Rajavi (the cult guru-in-hiding who has not surfaced in the last 5 years), practically all the Leadership Council were making jokes about his daft approach to any situation. “Now I can see that he can not confine his approach to inside the cult and is amusing the survivors and us” said Ms Soltani.

She said in her message to Rajavi: "the day that you manage to kill me and my body falls in blood and dust, is the day that I have been honored to give my life in the path of rescuing my friends and countrymen. And of course that is the day that hundreds of Soltanis will arise to bring you and your nasty cult down". She added: "After my successful escape do you think that there is even one person in your Leadership Council whom you will ever be able to trust? I don’t think so".

Link to a video conversation between Ms. Soltani and one of the survivors in Arbil in Farsi.