The Seminar was organized by NUPI, the Norwegian Institute of International Affairs with collaboration of Ministry of Foreign Affair at Nobel Institute Oslo. A number of intellectuals, writers and academic personalities attended the seminar. Beside the participation, Anjomane Solh also briefly talked to Bill Richardson at the sideline of the seminar.

Bill Richard, the Governor of New Mexico is one of the important US Democratic Party Politicians.

First Jan Egeland, the director of NUPI as host of the seminar introduced Bill Richardson and then invited him to deliver his lecture.

In his detail speech, Bill Richardson spoke about the Bush’s foreign policies and post Bush challenges including issues Iran, Iraq, Pakistan, Afghanistan, North Korea and Russia and China. He said, government and President of USA would face challenges in the context of such countries but diplomacy is very important while dealing with the challenges.

He said, power is significant but power is a decline without diplomacy. About Iran and North Korea, the US’s Politician said, we should deal with Iran and North Korea as we dealt with Libya. We have to talk to these countries and use influence of Russia and China in the context.

About Iraq he said, it is issue of hundreds of American lives and hundred of thousands of Iraqi lives. We should realize that if US’s forces withdrew, Iraqis are able to run their country. Countries like Norway can play a role to bring the Shia and Sunni groups in Iraq to the dialogue.

Speech of Bill Richardson was continued for one hour and at the conclusion of the lecture, some of the participants including Anjomane Solh asked questions on the different issues related of US foreign Policy.

At the end of the seminar, Representative of Anjomane Solh, Ghasem Ghezi presenting a document to Bill Richardson informed him about 120 disaffected people of Mojahedin Khalq Organization (MKO) in Iraq 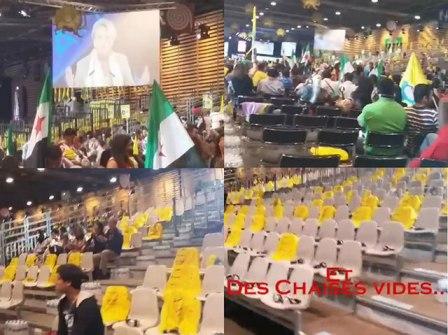 The dangerous side of the MKO rally in Villepinte