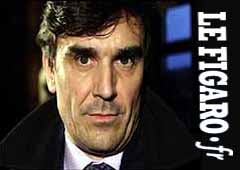 Accompanied with a smuggler, having 3000$ in his pocket, several Kalashnikovs and two satellite cell-phones, Babak and another Mojahed tried to infiltrate the Iranian border during the night. A few weeks later, he succeeded to launch grenade attacks against the Defence Ministry in Tehran to show the world that the Islamic Republic can be destabilized internally before the presidential election of 2001.

“Then we had to recruit the Iranians and wait for the supplementary forces and munitions that were sent from Mujahedin’s base, Camp Ashraf, in Iraq” Babak remembers. Neither forces, nor munitions arrived to help Babak who had received the order to return to Iraq. But, one night, the Iranian police arrested him in a shopping center in Tehran. Sentenced to ten years of imprisonment of which he is now spending the ending years.

Today this former member seeks for the return of the last soldiers disappeared from Ashraf where 3300 Mujahedins have been settled for almost twenty years.

On January first, the US army will hand over the control of Ashraf to Iraqi government. But Baghdad is willing to close the camp. ‘’They have no passport any more; Most of them want to go to Europe to get status of political refugee.”, believes Arash who is another defector of MKO. He left Camp Ashraf in 2004 and is now working in an NGO in Tehran.

Under the pressure of its Iranian allies, Baghdad is likely to decide to send some of them to Iran. Even the Iraqi government has declared that choosing the receiving country could not be “voluntarily”. To escape from an obligatory return to Iran, some of Mujahedin members having no other choice, despite going to Europe, escape to France where more than 300 to 400 members of MKO are seriously supervised by DST but also infiltrated by the Iranian agents. However, a French expert on security issues says that “we do not like them to arrive in our territory.”

The actual problem is that no one is willing to receive them. However, during the recent years, Americans several times solicited France and Jordan to shelter the members but every time, all of them refused to grant refugee to their leader, Masud Rajavi and his militants in Ashraf.

In 2003 when they arrived in Baghdad, the Americans disarmed MKO. “Since the American invasion, they are killing the time as much as they can in Ashraf,” Arash says.”If they had the possibility, Most of the Mujahedin would leave Ashraf” he adds. The Americans consider MKO as a terrorist organization but this doesn’t prevent them from having an ambiguous relationship with MKO.”CIA doesn’t trust them but the Pentagon uses some of them for espionage in Iran “, confess a former member. Using the Americans’ welcome, 600 have left Camp Ashraf for Iran in recent years. ‘Tehran works on this file so intelligently, seeking to hire these defectors rather than eliminating them,” a European diplomat in Iran says. Since the time of the reformist president of Iran, Mohammad Khatami; ” we haven’t  considered them as a political organization any more but as a dangerous cult of which the members are the prisoners of their leaders”, an Iranian official states.

Their capacity of action in Iran was almost zero. The opponents of regime also include the sympathizers inside Iran. “Mujahedin used the opportunity under the presidency of Khatami to recruit the Iranians who were more easily traveling abroad.” explains the foreign diplomat.

With the money that Saddam gave them and the funds they laundered, Mujahedin have launched an intensive lobbying activity among Western Medias and political authorities. With some success: recently 290 French representatives have asked for the removal of MKO from the list of terrorist organizations. And lately in London and Luxemburg, some similar decisions have been made.

to view the original text in French click here