David Lidington (Shadow Minister, Foreign Affairs; Aylesbury, Conservative) To ask the Secretary of State for Foreign and Commonwealth Affairs what the Government’s policy towards the People’s Mojahedin of Iran is in the light of 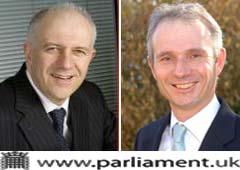 the recent judgment by the European Court of First Instance.

On 26 January 2009, taking account of the judgment by the Court of First Instance on 4 December 2008, the General Affairs and External Relations Council adopted a list which did not include the MeK (Mojahedin-e-Khalq, also known as the People’s Mojaheddin of Iran).

However, we remain mindful of the MeK’s history as an organisation responsible for a number of serious terrorist attacks—it claimed responsibility for large numbers of violent attacks inside Iran for a number of years, including 96 in a three-month period in early 2001. We do not agree with its claim that it represents a credible democratic opposition in exile.
10 Feb 2009 : Column 1846W
Written answers | Hansard source
Foreign and Commonwealth Affairs