Pressure is growing on Iran’s main opposition group to leave Iraqi territory after living under US military protection in a camp north of Baghdad since 2003. Some 3,400 militants of the Mujahideen- e Khalq (known by the acronyms MKO 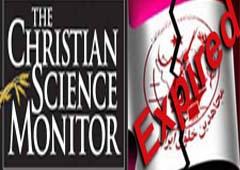 or MEK) face eviction by the government of Iraq, which has tired of a group that once fielded its own army under the tutelage of Saddam Hussein and remains on Washington’s list of terrorist groups. On Saturday, Iran’s supreme religious leader, Ayatollah Sayed Ali Khamenei, encouraged Iraqi President Jalal Talabani to follow through with Baghdad’s longstanding desire to disband Camp Ashraf, which came under Iraqi control on Jan. 1. "We await the implementation of our agreement regarding the expulsion of the hypocrites," Ayatollah Khamenei told Iraq’s visiting president, referring to the MKO by the term often used by the Islamic Republic. Mr. Talabani was quoted as saying that the MKO "have committed many crimes against the Iraqis, and the Iraqi government is determined to expel them and will go forward with its decision." His words echo those of Iraq’s national security adviser, Muwafaq al-Rubaie. "The only choices open to members of this group are to return to Iran or to choose another country," Mr. Rubaie said in Tehran last January. "Over 3,000 inhabitants of Camp Ashraf have to leave Iraq, and the camp will be part of history within two months," said Rubaie, adding that more than 900 are dual nationals and that he would be holding talks with officials of 12 countries. Those options are limited for the controversial cultlike group, whose armed wing came under Pentagon control after the fall of Mr. Hussein. Despised in Iran for bomb attacks and the killing of government officials and civilians in the first years after the 1979 Islamic revolution – and later for fighting alongside Iraqi troops against Iran during the Iran-Iraq War of the 1980s -the MKO was disarmed in 2003 but kept intact as a possible tool for use by the US against Tehran.

In January, the group toasted its removal from the European Union terrorist list. But it was delisted for legal reasons – using its removal from the British terrorism list in 2008 as part of its case. The decision has been appealed by France, and the group remains on the terror lists of some individual member states. The delisting, though, may enable some militants to be accepted in Europe. Many fear returning to Iran, though more than 300 "quitters" – as the MKO calls those who leave the organization – have gone home with little incident. "This is the end of the terrorist label," says Alireza Jafarzadeh, the group’s spokesman in Washington until 2003, when the MKO, with its several arms and variety of names, was closed down in the US. Removal from the EU list is a "major victory for the MEK and the resistance movement overall," he says. Mr. Jafarzadeh says the EU decision "strengthens" those at Camp Ashraf who refuse either to return to Iran or to leave the camp for Europe. "Any justification to expel them [from Iraq], which has been always coming from Tehran, is now gone," he says.

Still, Baghdad announced that it planned to close the camp last December, the same month the US reaffirmed the MKO’s "terrorist" status. Last year, the State Department’s global terrorism report noted the group had "planned and executed terrorist operations against the Iranian regime for nearly three decades;" had killed several Americans in Iran in the 1970s; and "displayed cultlike characteristics," such as vows of "eternal divorce" [to avoid competing loyalties] and weekly "ideological cleansings." For years, Tehran has offered amnesty to members who voluntarily return to Iran, facilitated by the International Committee of the Red Cross (ICRC). Returns have almost stopped in the past year, as Iran now wants Iraq to first screen potential returnees. "For those who wish to come back to Iran, we hope the Iranian government would give again this green light," says Peter Stocker, the head of the ICRC delegation in Tehran. Concerns in Camp Ashraf that returnees could be mistreated in Iran have not proved true in cases the ICRC has handled. "It is important to know that if anything happened to them, I don’t think it could remain hidden," says Mr. Stocker. US officials say Iran wants to prosecute 50 top MKO leaders, and has provided a list, but that perhaps only 20 are at Camp Ashraf. Returning to Iran is "absolutely not" an option, says Jafarzadeh, now an Iran commentator for Fox, contacted in Washington. "These people who are staying at Camp Ashraf are the people who are determined to oppose the Iranian regime."

Still, at least one high-ranking MKO member forced back to Iran received prison time but relatively lenient treatment. Ebrahim Khodabandeh, a British passport holder, was arrested by Syria while facilitating the exit of MKO leaders to Europe from Iraq after the fall of Baghdad in 2003. The Syrians told him he was being taken to London, but then flew him to Tehran. If he had had a cyanide pill, he says today, he would have committed suicide. "The first time I was in Evin prison, I told them: ‘My bones, my blood, my flesh is all made with the name Rajavi, so the best you can do is execute me,’" says Mr. Khodabandeh, referring to the surname of the husband and wife leaders of the MKO. "It took me two years to come to the point of realizing the MKO was a cult and I had been manipulated." He was driven around Tehran by his case officers, who wanted to show him how the capital had changed in the decades he had been away – and to show how different it was from the world described by the MKO.. Khodabandeh says Iranian intelligence understands the need to avoid the death or abuse of MKO members who return, to avoid creating martyrs. "This was very much to the benefit of the Islamic Republic," he says, now free in Tehran. "If I were executed, I would be a martyr and have my picture in the newspapers. The problem for the organization is they haven’t had a martyr for many years."