According to the news coming from Camp Ashraf in Iraq, Leaders of Molahedin Khalq Organization (MKO) have refused to allow the reunions of Iranian families coming from Iran to meet with their children. It happened while the visits were to be conducted under the auspice of the international and human rights defender organizations as a humanitarian initiative that could well pave the way for the freedom of the residents of the camp. 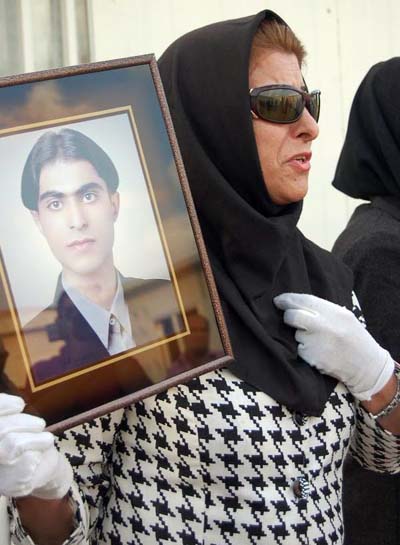 that the leaders believe in the observation of human rights only as a political lever to delude public opinion and the advocates in the West to advance the organizational ends. Besides, there are other facts held responsible for the inhuman deed that needs to be considered in details.

1. It seems that the responsible officials in Camp Ashraf are justifying their deed by putting the blame all on Iranian regime of having intrigued against the Camp Ashraf. Suppose they are right, but can anybody doubt the pure feelings and emotions of the families who had suffered the pains of a long journey just to be disappointed to visit the loved ones they had longed to see? Naturally, families who care about their children and are eager to see them assent to the demands and surveillance of the Islamic Republic through the course of a journey arranged to reunion them with their beloved ones. Looking at it from this angle, it is in no way justifiable to deprive them of a most primal human right.

2. Furthermore, majority of these visitors are mostly aged, weak and some crippled father and mothers that need help of others rather than be the agents for others. Suppose there are agents amongst them, is not it possible to single out old fathers and mothers or sisters and brothers to grant them a last opportunity to see their beloved before they meet their death? How disappointing as there have been many parents who hit their last days failing to meet their children because of the ambitions of the organization’s leaders with the Rajavis at the head.

3. Above all, what all these claims mean when the meetings are run under the auspices of the

International Committee of the Red Cross and international human rights organization. A point to notice, the organization has repeatedly asserted that all the attempts of the Islamic Republic during the past years to abuse the emotions of the members’ families to agitate and perturb the Camp Ashraf had proved unproductive. But the assertions also prove that the organization’s manipulated cultic approaches have influentially acted beyond familial bonds and attachments. What is the organization really concerned about and what is possibly disturbing the leaders?

4. It happens just following the president elections in Iran during which Mojahedin advertised the presence of a strongly built bridge between Ashraf and the uprising Iranian mob. So confident were Mojahedin in their claims that they announced their readiness to return to Iran to join the uprising Iranians. Naturally, any visitor from Iran could be a precious opportunity to establish a direct contact with families as members of a greater society and whose children are on the frontline of the struggle. Why are the leaders of Ashraf banning such a direct contact that, according to Rajavi’s analysis, will in the first place avail the organization of the opportunity?

However, they know well that none of such fraudulent claims but the visits of the families may play any effective role in the destiny of the camp residents kept in limbo. Subsequently, the leaders prefer not to risk anything since they believe the consequences of the banning is much easier to handle than undergoing irreparable damage that the visits will possibly impose.

5. Although an ongoing process after the fall of Saddam, the banning of visits and contacts between the members and their families, belonging to the outside world, has become an organizational decree in force so far implemented. Simultaneous with Iran’s post-election events that forced Rajavi into a strategic retreat in contrast to his previous daring position takings, the leaders of Ashraf are well aware of the fact that any visitor from Iran can broaden the vision of the members against the baseless claims of the imminent collapse of the regime. If Rajavi really believes in his analyses of inside Iran and accepts to return to Iran on any cause, naturally he has to be convinced that the return of Ashraf residents have to be motivated and persuaded enough.