The meeting held on Tuesday March 15th, 2016 and representatives from most of the countries all over the world participated the meeting.

Mr. Davoud Baghervand Arshad who is the former high ranking member of the Mujahedin-e Khalq terrorist cult participated the meeting. 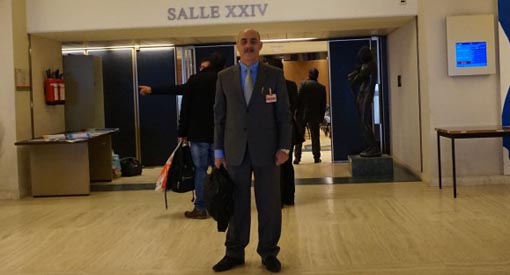 “At the present time shocking news of ISIS abusing human rights especially children’s rights publishes. Still I should indicate the fact that Mujahedin- e Khalq Organization under the leadership of Masud Rajavi is the godfather of ISIS. The crimes that ISIS is committing in 2016 have already perpetrated by the MKO in 1981.” As an example Mr. Arshad stated the recruiting and brainwashing of a 13 year old girl called “Gohar Adab Awaz”. Gohar was trained by the MKO terror group as a suicide bomber of a mosque in Iran.

“Later on the MKO separated children from their parents forcibly to be grown up and indoctrinated in the cult’s orphanages in Europe and US, as it had already separated spouses. The group’s plan was to use the brainwashed children in Iraq. The MKO killed some of these children who refused to take part in the war. The cult then registered these killings as suicides. To name some I can refer to Alan Mohammadi, Yaser Akbari and Marjan Akbari. Several youngsters were transferred from Europe to Iraq without their parents to be aware of the process. For instance, Zeinab Husseinnejad who as a child was studying in Paris. She was moved to Iraq and is held hostage by the cult now for many years.”

“.. We are all familiar with terrorist cults such as ISIS .. The human rights abuses within the cults can transform humans to monsters who are capable of shaping incidents like that of Paris terrorist attacks or terrorist incidents we are facing with in our country for many years.

We should not compromise with this terrorism which is a global threat. Leaders of these terrorist cults shouldn’t be allowed to reside and be active freely in Europe. They should be brought to justice. They should be held accountable because of the abuses of their own members and because of the crimes and terrorist activities they have committed in their own countries and elsewhere. Like Masud and Maryam Rajavi."

“Ladies and gentlemen currently many friends of mine are held hostages by the terrorist Cult of MKO in Iraq and Albania. They are helpless.” , Mr. Arshad reiterated. 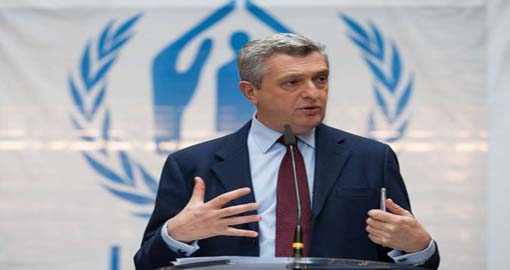