Human Rights activists held a rally in front of the European Parliament in Brussels to denounce the Mujahedin Khalq Organization (the MKO). Honoring the World Day against Death Penalty, the participants of the rally who all used to be high ranking members of the MKO, carried pictures and placards to reveal the true face of the group. 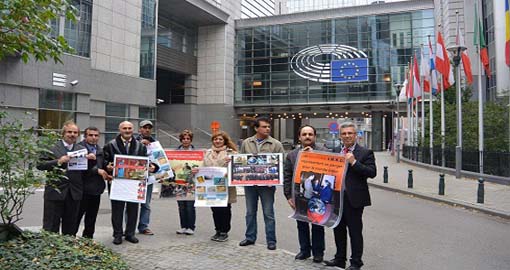 These former members of the MKO were representatives of certain human rights bodies including “Zanan Iran” ,” Iran Fanus”,”Pen Association” and “Aawa Association”. They tried to draw the attention of people to their cause by asking questions on the MKO and its leaders Maryam and Massoud Rajavi. So people got eager to know more about the action; they were provided with brochures and pictures. 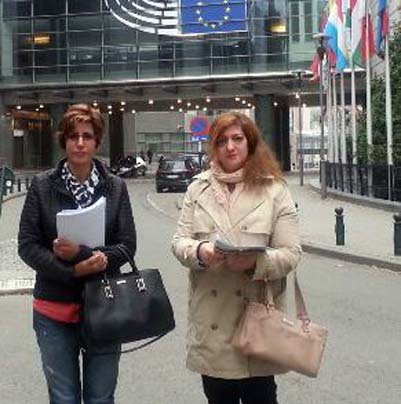 The activists stated that Massoud Rajavi officially issued death sentence under the title “Revolutionary Execution” for a large number of civilians and officials.

In a report on the above-mentioned action, Pen Association asserts,”If governments are charged with elimination of death penalty , their so-called “Opposition” must care much more about it . However, in the history of the MKO there are hundreds of cases of human rights abuse. The MKO leaders even threaten their critics and their dissident members to death. Some of the group’s members were sentenced to death after being tortured in solitary confinement in Camp Ashraf.”

Today, with the failure of the MKO propaganda following the nuclear deal reached between Iran and the P5+1, the Cult of Rajavi is seeking another ray of hope to resort to. “Politically and strategically isolated, the only way left to the Rajavis is to officially denounce violence and armed struggle,” suggests Pen Association.