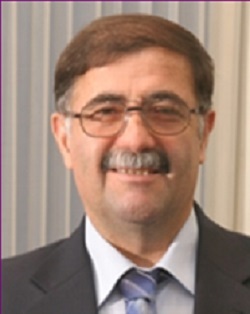 Iran towards MKO in Kurdistan of Iran & Iraq in order to have more freedom. Immediately after lodgment in MKO sectarian headquarters, he was divested of his power and this weak point caused that his 24 years old wife, named Khadijeh Nhknam who was apolitical and almost illiterate to be at MKO disposal until they abused her as a fighter in forooghe Javidan ( Eternal Light) operations in July ,1988 and was died.

His older son Yaser Akbarinasab who was in a camp in Germany and under the patronage of MKO leaders, before coming of age was promised to meet his father in Iraq, so was persuaded to return to Iraq, but they did not permitted him to return to Germany. Following several years of protests, he was considered as an undesirable person and in 2006 they pretended that he has set himself on fire and was killed. They did not permit our reliable physicians to dissect him and was buried in the same camp.

As I said and as far information that both of you and I have about sectarian and authoritarian groups like MKO and Iraq conditions, potential risk that sometimes turns to actually threatens the life of my severely oppressed brother.

In short I can say that:

1- My brother like other residents of liberty is not permitted to contact with his family- even through correspondence- and therefore he is divested of his powers that has no choice other than inhabitancy in insecure Liberty camp and under the pressure of MKO.

2- Massoud Rajavi by his regular brainwashing has succeeded that over last thirty years to abuse these individuals and caused that they become hearth less and unfeeling. He knows that their meeting with their family is a danger for them, and this prevention does not correspond with any of the legal and human standards and is considered as genocide!

3- I personally protest that why governments and the international and human rights organizations do not eliminate opinionated MKO.

4- To compensate these harms and to observe families, and residents, human rights that I name them absolute captured, it is necessary that the doors of liberty camp be open until sympathetic families cam meet their loved ones freely and in presence of UN representative.