Fatemeh (Negar) Akbarinasab was born in 1979. His father Morteza Akbarinasab was a member of the Mujahedin Khalq Organization (the MKO/ MEK/ PMOI). He took Fatemeh, her mother Khadijeh Niknam and her two brothers Yaser and Musa across Pakistan border and then to the MEK’s headquarters in Iraq. 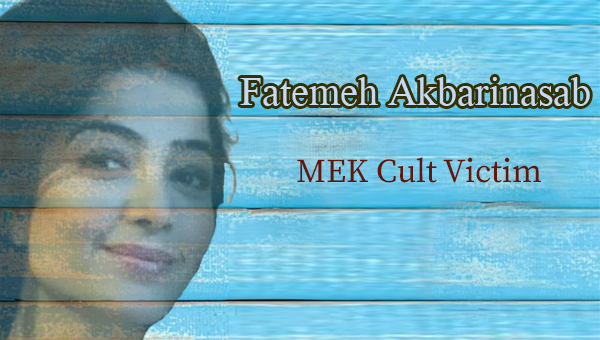 The situation in the group’s Camp Ashsraf in Iraq was stressful for the family but it became worse when the young mother of these three kids was killed in the MEK’s cross border operation against Iran in 1988. “The night before the operation my mom brought us a bag of chocolate,” Fatemeh says about their last visit. “She looked so sad, she kissed us so many times and told us that she would go to Iran and bring us souvenirs.”

The kids were not told about the death of their mother for some time. After the kids kept on asking about their mother, they were told that she was disappeared in the operation. Later, Fatemeh tells an Iraqi newspaper that her mother was shot in the back while she was escaping from the MEK forces towards Iranian border. Apparently, Khadijeh had a plan to leave the group during the operation.

In 1991, during the Gulf war, Fatemeh and her brothers were taken to Germany under the order of Massoud Rajavi. In Germany, They were kept in a team house under the command of Mujahed members. “Fatemeh was a naughty girl so she was under physical and verbal abuse by an aggressive female commander,” her uncle says. “She was frequently jailed by that woman so when she turned 18 she escaped the group camp.” She was legally old enough to manage an independent life in the German community. 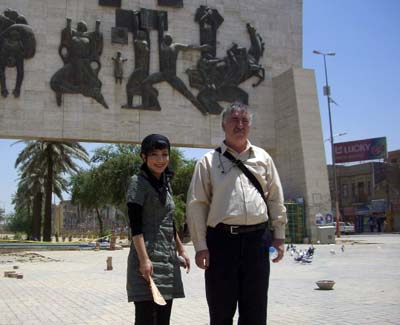 She called her family including her uncle in Iran. She also could manage to take her brothers out of the team house to take a trip around the city just for a few times. However, she was shocked when she realized that the MEK had sent her brothers back to Iraq without informing her. She was told that they have gone to Iraq for a six-month training and visiting their father but the boys were actually captured in Camp Ashraf in Iraq for years.
Nine years later, the older brother Yaser was mysteriously killed in Camp Ashraf. The allegations about his death were never made clear. The MEK commanders did not explain whether he set himself on fire or he was shot mistakenly! Eventually, Fatemeh traveled to Iraq to visit Musa and her father Murteza but she was not allowed to meet them freely. She was not even allowed to see the tomb of Yaser. 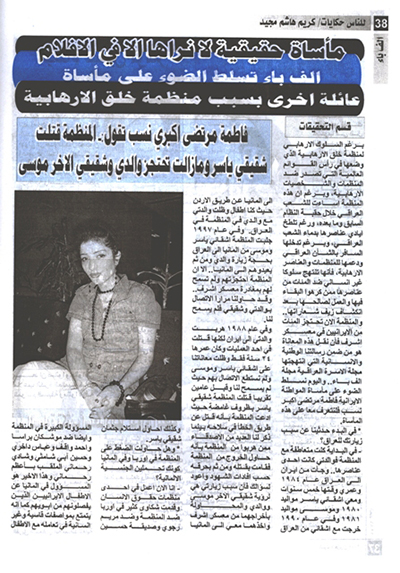 While she was in Iraq she was interviewed by the Iraqi newspaper Alefba, on her visit at Camp Ashraf. “My father was accompanied by a dozen of MEK members and I just had ten minutes to talk to him,” she told Alefba. “They asked me to stay in Camp Ashraf but I did not accept so they, including my father, attacked me.” Since then Fatemeh was labeled as “the Iranian mercenary” by the MEK propaganda.

After the ineffective trip to Iraq, Fatemeh took legal actions to help her younger brother leave the group. Musa was finally able to leave the group and join her sister in Germany. They are both living in Germany right now.