A freak section in the House Report 114-270 – National Defense Authorization Act for Fiscal Year 2016, gives us the “SENSE OF CONGRESS ON THE SECURITY AND PROTECTION OF IRANIAN DISSIDENTS LIVING IN CAMP LIBERTY, IRAQ.” (Reproduced below.) 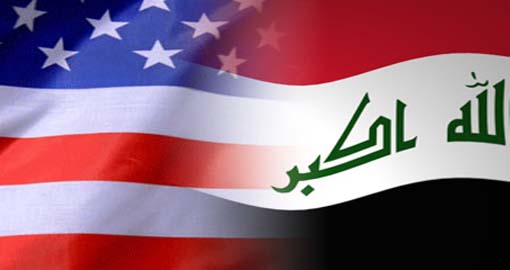 Liberty from Iraq. He agreed to speak off the record to say that Iraq “welcomes and agrees with all seven articles”. He emphasised that “we noticed in particular that there is no mention of the MEK or the Rajavi leaders in the Senate document” and this has been “the most helpful position from America for twelve years… We take this as a green light to go ahead, without interference, to work with the UNHCR and deal with every resident of Camp Liberty as a separate individual with no connection with any group.”

The official indicated that the whole Government of Iraq is “fully committed” to working closely with the US authorities in Baghdad and elsewhere to implement these seven non-binding recommendations of Congress. In this respect, he said, “Iraq will happily issue visas to anyone who would help remove the MEK – in particular, and naturally, the families of residents”. But that “any other independent person” would be welcome if they could help.

For years, both UNAMI and the Government of Iraq have tried to deal with the camp residents as individuals according to Iraqi and International law, but these efforts have been hindered by the MEK’s Western lobbyists and outside forces which have forced barriers between the UN and the individual camp residents. It is welcome news that in this report Senate has ignored these lobbyists and forces.

SEC. 1227. SENSE OF CONGRESS ON THE SECURITY AND PROTECTION OF IRANIAN DISSIDENTS LIVING IN CAMP LIBERTY, IRAQ.

It is the sense of Congress that the United States should–

(1) take prompt and appropriate steps in accordance with international agreements to promote the physical security and protection of residents of Camp Liberty, Iraq;

(2) urge the Government of Iraq to uphold its commitments to the United States to ensure the safety and well-being of those living in Camp Liberty;

(3) urge the Government of Iraq to ensure continued and reliable access to food, clean water, medical assistance, electricity and other energy needs, and any other equipment and supplies necessary to sustain the residents during periods of attack or siege by external forces;

(4) oppose the extradition of Camp Liberty residents to Iran;

(5) assist the international community in implementing a plan to provide for the safe, secure, and permanent relocation of Camp Liberty residents, including a detailed outline of steps that would need to be taken by recipient countries, the United States, the Nations High Commissioner for Refugees (UNHCR), and the Camp residents to relocate residents to other countries;

(6) encourage continued close cooperation between the residents of Camp Liberty and the authorities in the relocation process; and

(7) assist the United Nations High Commissioner for Refugees in expediting the ongoing resettlement of all residents of Camp Liberty to safe locations outside Iraq.