Rajavi is responsible for the lives lost

Narges Beheshti is a suffering sister who has not been able to have any contact with her brother; Mostafa now for long years. 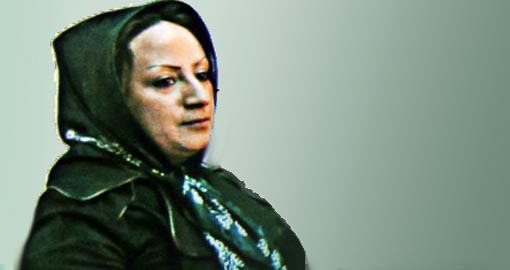 She says:” Rajavi and irresponsible ranks of his cult caused the death of my beloved brother Morteza due to their passion for power…

The Rajavis have taken hostage the other brother of mine; Mostafa now for 14 years. During all these years they didn’t allow us to visit Mostafa even once.

We traveled to Camp Ashraf, Iraq several times. We and other Camp residents families even went to UNHCR in Baghdad. However the MKO Cult leaders didn’t allow the suffering families to visit their beloveds.

It is now 4 years that the Camp Ashraf residents have been relocated to Camp Liberty. They were due to stay there as a temporary location to soon be transferred to third countries. However, during all these four years just some 400 individuals have been transferred to Albania that is 100 people a year.

I believe that Rajavi does not intend to save the helpless residents of Liberty. He just think about his zeal for power, his relatives and friends.

How does it come while my brother and other stranded Liberty residents are kept by the MKO Cult leaders within the violence and insecurity of Iraq as captives and don’t transfer them to third countries, the Rajavi’s son, Maryam Rajavi and Shahrzad sadr and her daughter and many other Rajavi’s relatives were transferred to foreign countries.

I plea all human rights bodies to probe the suffering families petitions. I declare that Rajavi is personally responsible for the lives of our beloveds.