Three sisters of a member of the Mujahedin Khalq Organization (the MKO/ MEK/ PMOI/ the Cult of Rajavi) were interviewed by a US based Persian-language TV named Mardom TV. 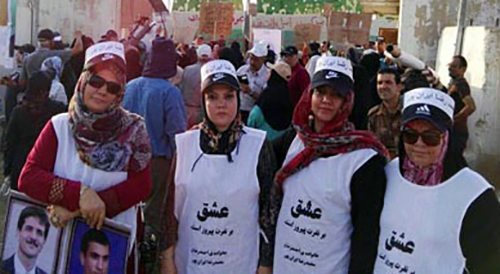 Mahmonir, Narges and Raheleh Iranpour are sisters of Mohammad Reza Iranpour who have been taken as a hostage by the MEK since he was 22 years old. Mohammad Reza was recruited by the MEK agents while he was in Turkey waiting for visa to go to Europe. 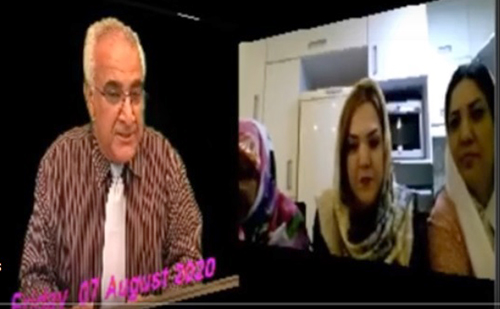 During the recent interview, the Iranpour sisters spoke confidently and strongly concerning pain and sufferings of their family, particularly their parents who have been enduring 18 years of separation from their loved son. However, the history of the MEK is overwhelmed with complicated and bizarre facts that can be studied politically, psychologically, and sociologically etc. Analyzing the words of the Iranpour sisters may be helpful to get to a better characterization and understanding of what the MEK actually is.
In part of her speech, Raheleh challenges the totalitarian system ruling the MEK asking a number of questions that the MEK leaders have never answered. She compares the cult-like system of the group to a delusional father who suffers from paranoia, unrelenting mistrust and suspicion of all members of the family; he panics to stablish any relationships between his family members and the outside world. The outcome of such a training system are children who are mentally retarded, Raheleh says. In other words, a despotic father denies his children’s individuality and freedom.
Mahmonir Iranpour puts the last touches to her sisters’ arguments when she points out the famous masterpiece of the British writer George Orwell,”1984″Paralleling the fictional world that Orwell created in his book and the world inside the MEK, one can find a great deal of similarities. When the Iranpour sisters ask the MEK leaders to allow their brother to rent an apartment outside the group’s camp in Albania, in order to help him get back his individuality and independence. In”1984, Orwell explains clearly how the system deprives people from their individuality. 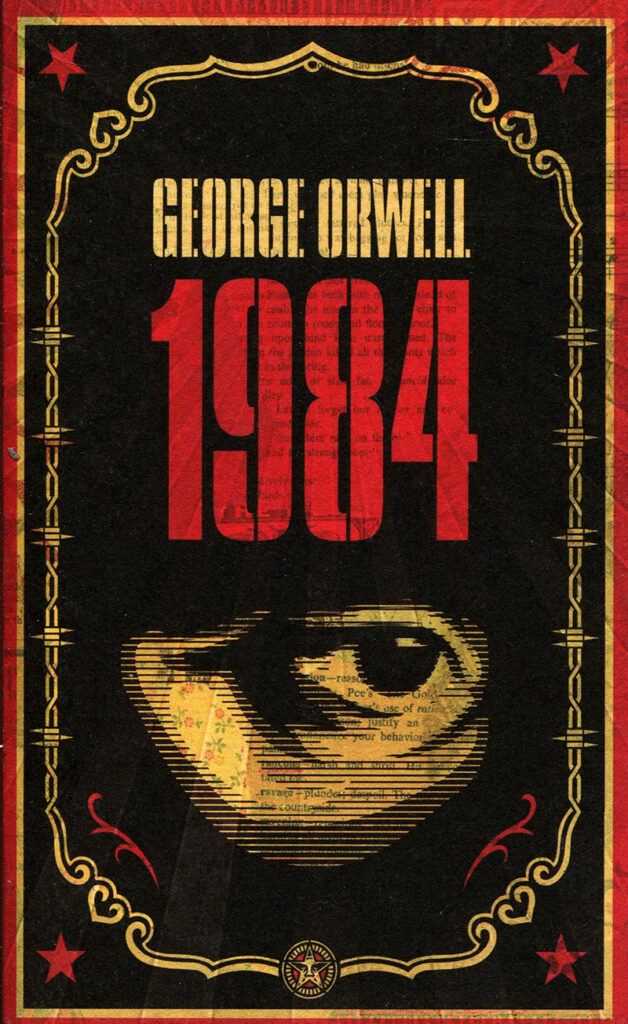 The socialist state that is depicted by Orwell in under the absolute rule of”Big Brother”. The term”Big Brother”–as it reminds us of”Brother Massoud”or”Sister Maryam”in the MEK—is a symbolic term that conveys the term”comrade”in socialist and communist communities; the term actually targets family, love, individuality, sex and identity of members of the society. Under the rule of Big Brother, parents, love, family and sexuality are meaningless. All aspects of the life are under the control of Big Brother. Sexuality is a crime, men and women are interchangeable not for the sake of equality but to break the rules of the nature.
In the world Orwell foresees for 1984, the State of the future will establish its power by destroying souls. But he believes that men will be coerced into soullessness. The MEK is an existing example of such a world, available as a case study for specialists on totalitarian systems.
Lack of individuality and living with masses inside the MEK camps whether in Manza, Albania or in Ouver Sur d’Oise France, trains men who are at service of evil by their own free will. It is quiet expectable, as his sisters expect too, Mohammad Reza Iranpour will show up on the MEK-run TV to accuse his sisters of being the agents of the Iranian government and to declare that he has stayed with the MEK by his own free will. Mohammad Reza and his comrades have no way except obeying to the hegemony of Massoud Rajavi. They are left in a group life.
Therefore, getting out of such a mass life and starting an independent life will help the start of a dialogue with oneself. As soon as an individual faces his or her internal world, far from the absolute control of the group, he or she will lose his faith to the peak of the power hierarchy. It can be the hero of”1984″who loses his faith on Big Brother or a member of the MEK who rejects Massoud Rajavi as his savior.
The hero of 1984 begins to write his memories as soon as he distrusts big brother, this helps the internal dialogue take place. However, his independence is regarded as a sin by Big Brother. Totalitarian systems like the Cult of Rajavi want humans deprived from their past, history, identity and any political and social understanding. The system tries its best to maintain members in such a state by inducing the illusion of enemy – even their family are considered as enemy.
The tragedy that Orwell narrates exists in every trait of the MEK entity. Mahmonir Iranpour cites from a defector of the MEK, that there are large monitors in every workplace in the MEK camp in Manza in which the supervisors can see the screens of the computers of all people working in the room. This is the objective appearance of the CCTVs in”1984″that observe the people’s everyday life. Commanders of the MEK are entirely aware of what is going in the life of each member.
Some defectors of the MEK, based on the Iranpours’ testimonies, had the illusion that after defecting the group, their families would be lurking for them with weapons; they assumed that every family has a computer connected to Iranian Intelligence Ministry! This indicates that how successful the Big Brother is to induce the conspiracy theory into members’ minds.
The Iranpours are representatives of a large number of families whose voice is barely listened by human rights bodies. The tears of Narges Iranpour when she speaks of her beloved brother’s childhood is the sign of grieves of hundreds of families that should not be taken for granted.
Mazda Parsi