Iran has lambasted the United States and the European Union for providing a safe haven for the Mujahedin Khalq Organization (MKO) terrorist group, which murdered thousands of Iranians and notoriously sided with former Iraqi dictator Saddam Hussein during his 1980-88 war on the Islamic Republic. 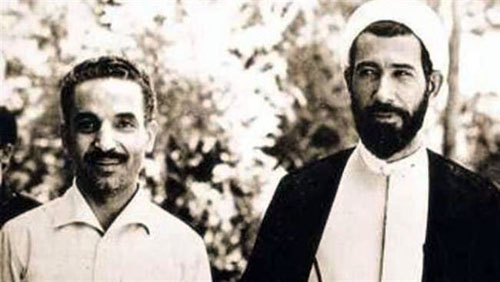 The two and several other officials had convened at the Tehran office of the Iranian prime minister in a meeting of Iran’s Supreme Defense Council when a bomb explosion ripped through the building.

Survivors recounted that an aide, identified as Massoud Kashmiri, had brought a briefcase into the conference room and then left.

Subsequent investigations revealed that Kashmiri was an MKO operative, who had infiltrated the then-prime minister’s office disguised as a state security official.

Aug. 29, the national Day of Fight Against Terrorism, is the time to remember Prz Rajai & PM Bahonar who, 39yrs ago today, were martyred in a bombing by the MEK terrorist group. Despite assassinating 1000s Iranians & fighting alongside Saddam, MEK is sheltered by the U.S. & EU. pic.twitter.com/H2dRYTAiQT
— Iran Foreign Ministry 🇮🇷 (@IRIMFA_EN) August 29, 2020

The MKO has conducted numerous assassinations and bombings against Iranian statesmen and civilians since the 1979 victory of Iran’s Islamic Revolution. Its members fled Iran in 1986 for Iraq, where they enjoyed Saddam’s backing.

Out of the nearly 17,000 Iranians killed in terrorist assaults since the Revolution, about 12,000 have fallen victim to the MKO’s acts of terror.

The anti-Iran cult was on the US list of terrorist organizations until 2012. Major European countries, including France, have also removed it from their blacklists.

A few years ago, MKO elements were relocated from their Camp Ashraf in Iraq’s Diyala Province to Camp Hurriyet (Camp Liberty), a former US military base in Baghdad, and later sent to Albania.

MKO terrorists enjoy freedom of activity in the US and Europe, and even hold meetings with American and EU officials.