Simultaneously with the meeting in Paris:
Gathering in front of Ashraf garrison in Iraq

On 19 June 2010, a large hall in Paris was a place of a meeting of more than 200 former members of MKO (Rajavi cult), families of present members trapped inside the cult in Iraq, and a number of reporters and human rights activists.

In this meeting titled “rejecting violence, terrorism and cultic behavior, as well as aiding the families of the victims of Rajavi cult in Ashraf garrison in Iraq”, dozens of foreign personalities, reporters and camera men from various organizations and media were present.

In this meeting Iranian and non-Iranian speakers provided reports about the latest developments related to the MKO situation in Iraq and urged the leaders of the cult to let the families who have been waiting outside Ashraf garrison for more than 4 months in the worst psychological and physical situation, to be allowed to visit their loved ones.

Simultaneously, families in front of Ashraf garrison in Iraq made a gathering which many Iraqi officials and personalities and the representatives of various media as well as Iraqi citizens and the chief of tribes of Diyala province and international and humanitarian activists participated. A number of families in this gathering including Mr. Iman Yeganeh made a direct contact with the meeting in Paris and let the participants and reporters present in Paris meeting learn about their demands.

Families in front of the main gate of Ashraf garrison let everyone present know that it is nearly 5 months since they have been waiting there and their only demand is to visit their loved ones freely and without any interference, which the leaders of MKO (Rajavi cult) have denied it. They also emphasized that if the Europeans wish to support Rajavi cult why they do not take them to their own countries and why do they impose them to the nation and government of Iraq. Families welcomed any action to move the inhabitants of Ashraf camp to Europe and vigorously demanded it.

Additional images and reports of this gathering would follow in the coming days. 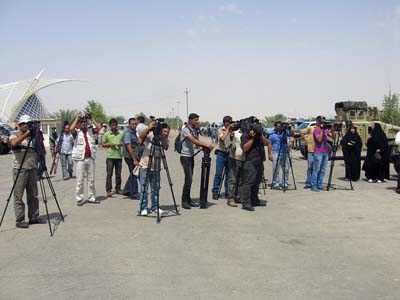 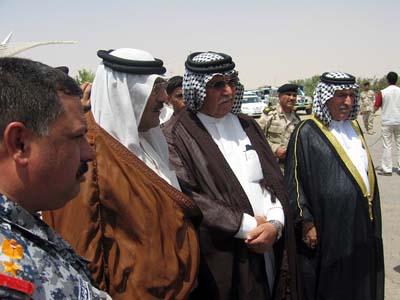 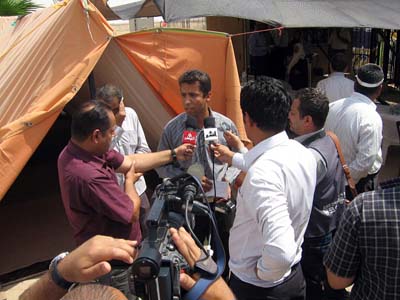