A group of Iraqi people gathered outside the main training center of the anti-Iran terrorist Mojahedin-e Khalq Organization (MKO) in Iraq to call for the expulsion of the terrorist group from the country’s soil. 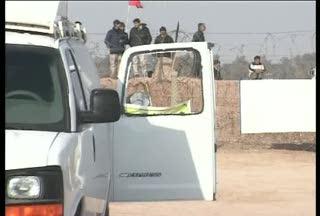 The demonstrators gather outside the Camp of New Iraq (formerly known as Camp Ashraf) in Iraq’s northern province of Diyala and demanded that the terrorist group be removed from their country.

Iranian relatives of some MKO members also joined the protesters, calling for the release of their family members who are said to be held inside the camp against their will. 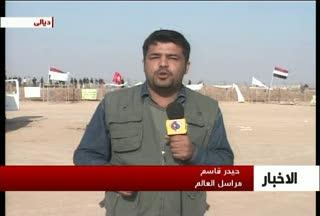 Ali Akbar Salehi on Wednesday, Zebari said that he and his Iranian counterpart have discussed expulsion of MKO from Iraq at their meeting.

Asked about the fate of the MKO, Zebari said the two sides "hope to find a way to close the MKO’s case in Iraq as soon as possible".

"There are some humanitarian commitments to which our government is loyal, but fulfilling these undertakings should not harm Iraq’s national sovereignty," he said.
The MKO has been in Iraq’s Diyala province since the 1980s.

The MKO, whose main stronghold is in Iraq, is blacklisted by much of the international 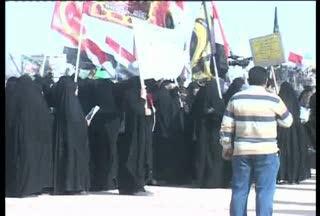 community, including the United States.