The controversial marriage and divorce of Massoud Rajavi with Abolhassan Bani-Sadr’s daughter, Firoozeh, is one of the issues that need to be studied in detail. That is because her divorce is concurrent with many organizational-related events including the so-called ideological 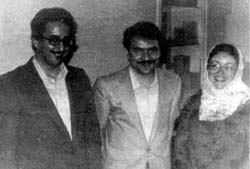