Since early January 2011, the MEK has spent millions of dollars on lobbyists, PR agents and communications firms to build up pressure on Secretary Hillary Clinton to take the group off of the terrorist list. Their argument is that the MEK rejected violence and terrorism in 2001 and as a 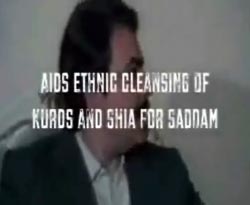 result should be de-listed.

Sometime in August, Secretary Clinton will decide whether to keep the Mujahedin-e Khalq on the US’s terrorist list.

Former senior U.S. officials have called Mujahedin “Iran’s hope.” They have said Mujahedin leader Maryam Rajavi “should be recognized as the President of Iran.” Some have already acknowledged received cash to support the organization.

In Congress, massive lobbying efforts have convinced many that Mujahedin is the “main opposition in Iran” and that the Mujahedin speaks for the Iranian people and the Iranian-American community.

Of course, it isn’t true that the MEK has really abandoned its old ways. Ray Takeyh testified before Congress on the subject of the MEK earlier this month, and he addressed the idea that the MEK has changed:

The core of MEK’s ideology has always been anti-imperialism which it has historically defined as opposition to U.S. interests. The MEK opposed the Shah partly because of his close 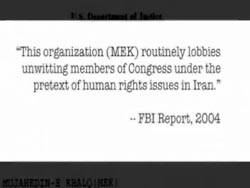 associations with the United States. MEK’s anti-American compulsions propelled it toward embracing an entire spectrum of radical forces ranging from the Vietcong to the PLO. Given its mission of liberating the working class and expunging the influence of predatory capitalism, the United States has traditionally been identified as a source of exploitation and injustice in MEK literature. As the organization has lost its Iraqi patron and finds itself without any reliable allies, it has somehow modulated its language and sought to moderate its anti-American tone.

A recently disclosed FBI report from 2004 reveals Mojahedin Khalq (MKO, MEK, Rajavi cult) continued to plan terrorist acts years after they claimed to renounce terrorism. The State Department has documented the MEK’s disturbing record: killing Americans and Iranians in terrorist attacks; fighting for Saddam Hussein against Iran and assisting Saddam’s brutal campaign against Iraq’s Kurds and Shia; its “cult-like” behavior; the abuses and even torture it commits against its own members; and its support for the U.S. embassy takeover and calls for executing the hostages … 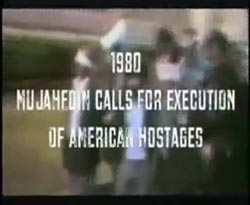 In 1991, Iraqi exiles set up the Iraq National Congress (INC) with funding from the CIA. Under the leadership of Ahmad Chalabi, and flush with tens of millions dollars in US government funding, the INC allied itself with the neoconservatives in Washington and unceasingly beat the drums of war, presenting itself as the popular democratic alternative to Saddam Hussein and feeding faulty intelligence to an eager media and Bush administration. Eventually, they succeeded in dragging the United States into disastrous war that cost Americans and Iraqis their lives and caused incalculable damage to American prestige and power.

Now, history may be repeating itself.
A segment of our political establishment that is chafing at the bit for a military attack on Iran has found their INC, in the form of the Mujahedin-e-Khalq Organization (also known as the MEK, or MKO),Download Washington Favorite Terrorists