behalf of the Iranian cult/terrorist group Mujahedeen-e-Khalq. Given that Tanter goes out of his way to raise my name a couple of times, it would be appropriate for me as well to point out a couple of the more glaring misdirections in his piece.

Tanter’s premise, as reflected in his title, is that anything bad you ever heard about the MEK is a product of propaganda from the Iranian regime. Evidently this means that anyone, either inside or outside of Iran, who has ever been critical of the group must have been brainwashed by the propaganda. If that were true, those responsible for U.S. public diplomacy have a lot of valuable lessons to learn from the Iranians; their propagandists must be doing something right.

The Iranian regime flings propaganda as freely as any other regime. And it certainly has had a lot of unfavorable things to say about the MEK. Some of those things may be exaggerated or even outright lies. But one could erase completely everything the Iranian regime has ever said on this subject, and there would remain the large, long, sordid record of what the MEK has done, what it has stood for, and the abhorrent cult it still is. The record extends from the days it was killing Americans while opposing the shah, through when it was in league with the clerical regime and supporting further anti-American acts such as the hostage-taking at the U.S. embassy in Tehran, through the long period during which it was working for the Iraqi regime of Saddam Hussein. The record is not based just on what is said by the State Department or an intelligence agency or any governmental component with a policy to support, much less on anything the Iranian regime might say. If you want a recent independently reported portrait of the group, see, for example, this article by Elizabeth Rubin.

Tanter tries to smear critics and criticism of the MEK, including some of the contents of an open letter to which I was a signatory, by saying it “resembles regime propaganda against the MEK.” The MEK has conducted terrorism and other violent acts against U.S. interests and against the Islamic Republic of Iran. Is it any surprise that some of the critical things said about the group from the standpoint of U.S. interests resemble some of what the Iranian regime puts out? (And if it’s not brainwashing, then just what is Tanter suggesting is the reason for the resemblance?)

One of the respects in which Tanter’s piece diverges most widely from reality is his attempt to argue that the MEK has any support to speak of within Iran. He notes that the group was the source of some revelations about Iran’s nuclear program. True—and we ought to remember our reliance on the accident of this weird sourcing when we think about how much confidence we ought or ought not to have in our knowledge of this program—but what does that have to do with popular support? It only takes one person to serve as a source. The most telling indication of the MEK’s unpopularity in Iran, as pointed out in the aforementioned open letter, is that the Iranian regime uses that unpopularity as a way to discredit the democratic opposition in Iran, by trying to associate it with the MEK. For the same reason, the leaders of the Green Movement have emphatically said that they want nothing to do with the MEK. Tanter also mentions attendance at pro-MEK rallies in the United States as a measure of support, without mentioning that the MEK campaign has resorted to such measures—used in a rally outside the State Department this summer—as padding attendance by busing in homeless people who don’t know squat about the MEK or Iran but come for the free food.

Tanter precedes a reference to me with the odd statement that “Intelligence communities are targets of Iran’s disinformation.” Odd because I have been out of the intelligence business for more than six years, and anyone who views my thinking as having any connection with judgments that an intelligence agency would reach today will be disappointed and wasting their propaganda resources. Tanter later mentions me again as someone who ought to be concerned about the “political motivation” for having the MEK on the State Department’s list of Foreign Terrorist Organizations, or FTOs. It is true that the listing process is not immune to policy considerations, but that has been much more a matter of avoiding the listing of a group that really ought to be on the list (the Provisional Irish Republican Army of fifteen years ago is the example that comes to mind), than of including on the list a group that should not. Not listing someone means simply not initiating the listing process. Listing a group requires a lengthy process of review by the Departments of State, Justice, and Treasury and the intelligence community, according to the criteria specified by law.

Tanter seems to believe that a group has to have committed terrorist acts within the previous two years to be kept on the list. Not true. (Having been directly involved in the laborious process of compiling the required administrative records for the initial listings after enactment of the law in 1996 that created the FTO list, I know a thing or two about this subject.) Two years used to be the interval between recertifications of listed groups, and it is now the period after which a group can petition for delisting. But no terrorist acts have to have been committed during that period; retaining the capability and presumed intent to commit them is sufficient to stay on the list. If performing terrorist acts recently was a requirement to stay on the list, many of the 49 groups currently on the list would have to come off. Lebanese Hizballah, for example, probably would be one of them. I expect that many of the pro-MEK campaigners would be among the first to scream if that happened.

There is indeed a large amount of political influence that is being exerted in an effort to affect a decision about the FTO list, and it is almost all coming in the form of the large and well-funded campaign to delist the MEK. In fact, the campaign is extraordinary, and nothing remotely resembling it has ever been waged on behalf of any other group on the FTO list. Whatever is being said in the opposite direction is only a modest reaction to the pro-MEK campaign itself. Here is what I said on the subject two months ago, after that rally outside the State Department:

The secretary of state should pay no heed to what Melvin Santiago and the other hungry homeless outside her office window are saying, or to what the high-paid hired guns are saying, about the MEK. Nor does she need to pay any attention to what people like me are saying about the group. She should keep the windows closed and just pay attention to the terms of the law and to what officials in the departments and agencies involved say about whether the terms of the law still apply in this case.
If Raymond Tanter really wanted to inform us about political influence being exerted on what ought to be administrative and legal decisions, he could shed more light on the campaign of which he is a part. In particular, he could help us understand where all that funding is coming from. It evidently is coming from quarters who would like to stoke ever more tension and animosity between the Iran and the United States. I have a guess who that might be, but so far it is only a guess. 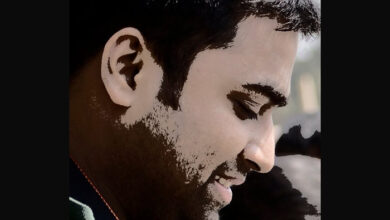 Al adala reports on appeal of families at Camp Ashraf