A senior Iranian lawmaker says no European country is willing to accept the terrorist Mujahedin-e Khalq Organization (MKO) because the cost of hosting them will be too high.

Parviz Sorouri, who is a member of the Majlis (parliament) National Security and Foreign Policy Committee, said on Saturday that based on creditable documents, the MKO has committed about 14,000 acts of terror in Iran.

“But the European Union (EU) under US pressure and disregarding the said documents has removed the MKO from its blacklist, replacing it with [anti-Israeli] resistance groups such as [the Lebanese] Hezbollah and Hamas,” he added.

Sorouri said that while the EU has removed the MKO from its list of terrorist organizations to appease the US, no European country is ready to host them because they know that hosting this notorious group will be very costly.

He went on to say that the US wants to use the MKO as a tool to exert more pressure on Iran.
The lawmaker said Washington’s double standard policies towards the MKO were kept hidden until recently when the decline of the US brought them into the light.

“America is trying to put pressure on the…independent states through world bodies such as the [International Atomic Energy] Agency and the UN Human Rights Council, but the continuation of this bullying will be certainly hazardous and cost them dearly,” Sorouri added.

On December 22, the European Court of Justice (ECJ) upheld a decision to remove the notorious MKO from the EU’s list of terrorist organizations.

In 2008, the ECJ’s Court of First Instance ruled that the EU had been wrong in listing the MKO as a terrorist organization, since it had failed to provide the group with evidence that formed the basis of a decision to keep it on the terrorism list. Following the court’s ruling, the EU removed the MKO from its list of terrorist organizations in 2009.

France appealed against the decision, saying some of Paris’ closest allies still list the MKO as a terrorist organization. The ECJ, however, rejected the appeal.

The MKO is designated as a terrorist organization under the United States law, and has been described by State Department officials as a repressive cult.

The group fled to Iraq in 1986, where it enjoyed the support of Iraq’s executed dictator, Saddam Hussein.

The MKO is also known to have cooperated with Saddam in suppressing the 1991 uprisings in southern Iraq and the massacre of Iraqi Kurds. The group has carried out numerous acts of violence against Iranian civilians and government officials.

A Humanitarian Negligence in Favor of Terrorists 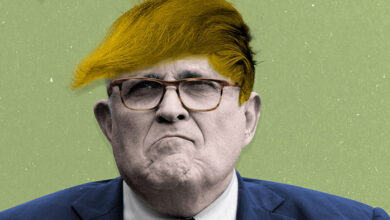 The US Wants to Bring Back the Shah of Iran