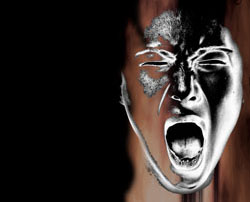 Ashraf garrison, one of the former MKO members who has been recently escaped from Camp Ashraf, MKO terrorists’ headquarters in Iraq, stated that 23 years of his life “was ruined in hell”.

According to Habilian Association database (families of terror victims in Iran), the ex-MKO member fled Mojahedin-e Khalq garrison on 23rd November and put an end to 23 years of captivity in the terrorist cult of Rajavi.

“Fessing up to having done wrong is not a sin, and people can make significant changes through willpower and determination at any age,” said the defected member of the MKO terrorist organization.

“I was wrong for more than two decades and I was deceived by Rajavi’s mottos; when I found out his deceptive and manipulative nature I found myself stuck in a hell with no way back.”

“My youth, spirit, feelings, family, freedom, soil and even my humanity have been sacrificed for MKO and their interests,” he stated.

“Those damn leaders did not acknowledge that they have reached a dead end, that they have gone a wrong route from the very beginning, and left hundreds of unanswerable questions of deceived members of the cult unanswered forever.

“I’m glad that finally I regained my freedom and I didn’t get lost in this mirage,” the defected member of MKO cult added.

“Turning back on my dark and bitter past I have high hopes of a nice and glamorous future,” he said in the end.