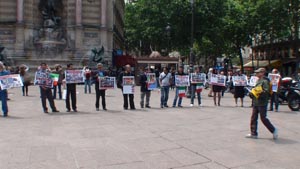 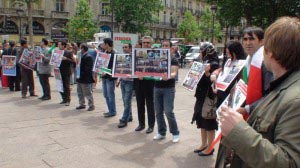 During the demonstration, Iranian and French citizens clearly displayed their dissatisfaction with the presence of terrorism in France. The event took place under the protection of the French police and in spite of the presence of a large number of Rajavi’s agents lurking around the demonstrators. Demonstrators holding the Iranian flag and with flyers in hand shouted "Rajavi is a terrorist" and demanded the expulsion of the dangerous cult from France.

The event attracted the attention of French citizens and raised many questions in the minds of the French. Passers- by asked for leaflets and posed the question, ‘how are these terrorists allowed to stay in France?’ They also wanted the court punish these terrorists and expel them from their territory. France is not the refuge of terrorism.

The event ended with the moral support of the French citizens present at the scene as Maryam Rajavi went to court to answer questions by French judges. 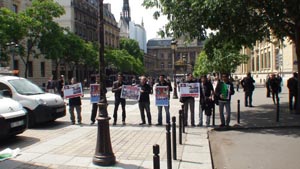 The second part of this protest was held in a conference room in Paris where protesters held a major debate on the issue of foreign terrorism in France and Europe. During this meeting, which lasted two hours, the speakers, themselves victims of the Rajavi cult, shared painful experiences of their lives within the cult. In this debate, the victims of Rajavi presented their condolences and sorrow over the death of Mr. Hadi Shams Haeri, an activist and former member of the PMOI, and also for the death of the father of Mr. Alireza Nassrollahi.

Mr. Mohammad Hossein Sobhani intervened in the debate to tell the story of Mr Haéri, his efforts in revealing the nature of the PMOI and his pains and sorrows as a father of being deprived of contact with his children by this inhuman organization. 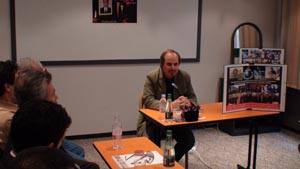 Alireza Nasrollahi then told us of his father’s life and the suffering that the PMOI had caused. Mr. Nassrollahi revealed for the first time that the Rajavi cult cut his ties with his family by announcing to them the false news of his death in a terrorist operation. 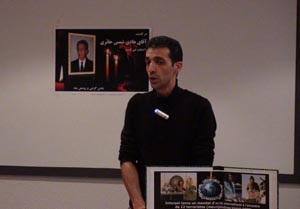 Mr. Jahangir Shadanlou was the third speaker in this debate. He described the nature of the terrorist activities of the PMOI and demanded the expulsion of the cult from French territory. He also stressed that Iranian residents of the West are fully aware of the nature of this cult and they do not allow themselves to be deceived by the lies of this group. 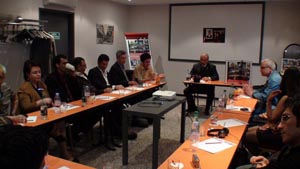 Dr Bahieh Djilani, special guest at this meeting, took to the floor to denounce Rajavi’s abuses of women in the cult. She emphasized that the artificial presence and power of women in this cult is a sham that seeks to mislead public opinion. 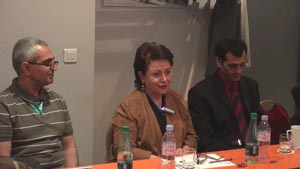 She explained that Rajavi has diverted the minds of PMOI members by exercising brainwashing methods on them to make them robotic terrorists under his orders. Dr Djilani assured the audience that Rajavi’s terrorism and sectarianism have failed and the leaders of this organized criminal group are making their last steps towards a final fall.

Videos and pictures of the event will be posted soon.