Purple flags and purple vests were waiting for people to take them in Villepinte, a hall in Parisian suburbs. Who is supposed to take these “Maryam & Massoud” – printed purple flags and vests? The Mujahedin Khalq Organization (MKO) says “tens of thousands of Iranian”! A look at several pictures taken by some of the attendees verifies that the hall was –not fully– crammed by travelers of countries around Europe. Not a single photo shows a large group of Iranian exiles but one can see groups of black people, Afghans, Arabs, etc… The gathering was held after a long-term multi-million propaganda campaign publicized it. The MKO’s propaganda arm, National Council of Resistance called it “the largest Iranian pro-democracy gathering”! Organizers of the rally said that more than a thousand buses arrived bringing Iranians from all over Europe. But, the buses brought people not Iranians. 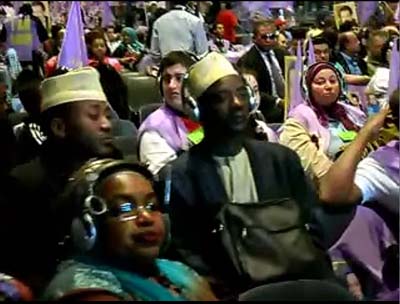 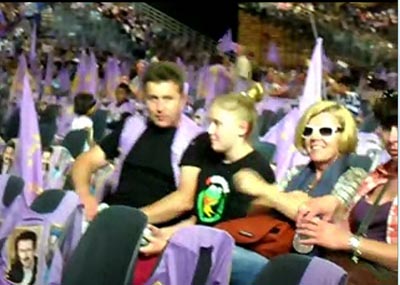 The MKO spokesman wrote a report of his organization’s so-called gathering .He presents a list of guest speakers who spoke at the event to call Secretary Clinton to remove the group from the FTO list of the State Department.It doesn’t seem odd that dozens of former Western politicians accepted a free first-class flight to Paris with a luxurious hotel room and tens of thousands of dollars for a 10 minute speech in a Parisian outskirt. For ordinary Afghan Arab or polish citizens a free bus-trip to French capital seems enough to wear those purple vests and wave those purple flags.

The world media should be careful about how to deal with the MKO and even how to name it. They should never call them Iranian dissidents or opposition group or exiles. Do they ever call Cambodia extremist followers of Pol Pot, “dissidents” or “activists”? Mujahedin e khalq are at best a group of zealous members of the cult around Massoud Rajavi’s personality who betrayed their countrymen to one of the most notorious dictators of the history, Saddam Hossein and unsurprisingly, lost the majority of its supporters.

The group propaganda machine had to work hard to magnify Villepinte gathering. Days before the event they publicized for the rally spending huge amounts of money to bring rented crowds to Paris. A week after the event held you can find on the group’s websites very few photos and highly edited videos of the gathering. You may see the 1300 buses the MKO propaganda claimed of but you never see who got off the buses, Iranian exiles or hired Arabs and black Africans. 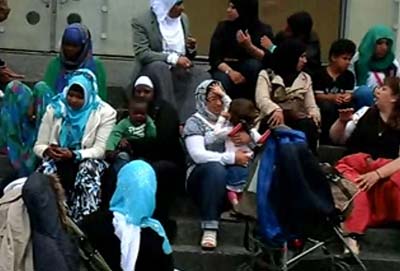 The MKO’s last rally proves that the group’s impact and credibility has dwindled to a trickle and it is totally far from a pro-democracy popular political organization. Regardless of its prominent powerful western supporters, the MKO has no base among Iranians whether inside or outside Iran.