The UN chief’s special envoy in Iraq has demanded that members of the terrorist Mujahedin-e Khalq Organization (MKO) prepare for the final evacuation of their base in the country.

Ban Ki-moon’s representative in Iraq Martin Coupler made the comment following the persistent refusal of the MKO leaders to submit to UN’s step-by-step plan to relocate members of the notorious terror group from Camp Ashraf to a former US military base in the country, Camp Liberty, as the initial phase of their entire removal out of Iraq.

Coupler urged MKO leaders to prepare for the complete relocation from Camp Ashraf without further ado.

Nearly 2,000 members of the terrorist group have already been transferred to Camp Liberty, but 1,200 more still remain in Camp Ashraf, staging resistance against the relocation effort.

Iraq’s National Security Adviser Faleh al-Fyadh announced Tuesday in an international conference in Baghdad on the status of the terrorist group that MKO members have never displayed any form of cooperation with the Iraqi government during the extra six-month window extended to the group for the relocation process upon a UN request, insisting that the group will face prosecution by the country’s justice system if they do not cooperate with the relocation effort.

The UN official also emphasized on the humanitarian aspects of transferring MKO members to Camp Liberty, adding that children and special-needs individuals would have the priority in being relocated.

He also called for restraint from resorting to violence during the relocation process in meetings with Iraqi officials.

“The Iraqi Government has shown cooperation with the UN and the UN had asked Iraq to give the MKO six months before being expelled. The six months have passed and their continued presence is not an option. If they refuse to leave, Iraq with deal with them as a group which is a threat to Iraq’s sovereignty,” Al-Fyadh said at the conference on Tuesday.

The conference, organized and chaired by the Iraqi national security advisor, was attended by representatives of eight countries including the United States, Britain, China, Russia, Canada, Australia as well as the EU and the Arab League.

The Iraqi official further emphasized that many MKO members are on the Iraqi wanted criminals list for committing crimes against humanity in the country during the nation’s 1991 popular uprising. The list, according to Fyadh, consists of 38 MKO members including its top leaders Masoud and Maryam Rajavi.

The MKO is listed as a terrorist organization by much of the international community, and is responsible for numerous terrorist acts against both Iranian and Iraqi citizens. The group is especially notorious in Iran for siding with former Iraqi dictator Saddam Hussein during the 1980-1988 war he imposed on the Islamic Republic.

The MKO fled to Iraq in 1986, where it enjoyed the support of Iraq’s executed despot and set up its camp near the Iranian border. 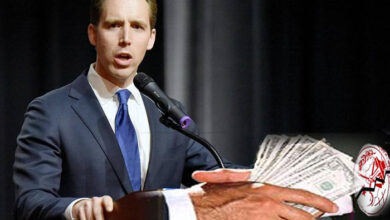 Symposium on Fate of Individuals in Rajavi Cult