In the face of a government’s travails occasioned by the need to uproot terrorism to restore order, peace and resolve conflicts, it has become necessary for the Iraqi government to caution the international community on the need to curb terrorism and to stop playing politics when dealing with such sensitive issues. This call becomes necessary against the backdrop of an extended dispute over the expulsion of the terrorist Mojahedin Khalq Organization (MKO/ MEK/ PMOI/ NCR) long hosted and nurtured by the ousted Saddam. Since the fall of the dictator, MKO has been a major source of friction between the Iraqi government, decisive to expel it on an arranged agenda, and other sides, the UN and the US, mediating to solve the predicament through a peaceful and humanitarian solution.

The outcome, however, has been an ever-increasing, blatant gesture of defiance by MKO to comply with either side; just in the middle of an agreed plan to relocate MKO’s members from its military bastion, Camp Ashraf, to a temporary Transit Location near Baghdad to undergo a UN observed refugee process, the group made an arbitrary decision and refused to let the remainders be transferred. No convoys have left Camp Ashraf since May 5 and between 1,200 to 1,400 MKO members are still there and during the three-month halt, MKO has turned a cold shoulder on all calls, urges and warnings in an effort to enforce group to resume the process. And how can a government decisive to uproot terrorism stop a terrorist group that threatens to put its preserved terrorist and cultist potentiality into practice or provoke violence?

MKO’s suicide operations are methods of application within the group and the best working option whenever it deems it necessary to impose its wills and demands. We have only to remember the most significant episodes of such operations perpetrated by MKO in the last decades just in the heart of the European countries when its members set themselves on fire and forced the French government to submit to its demand. And the US, as the part interested to peacefully end the critical issue of relocation, is more aware of the group’s potentiality to put the words into action. In its latest report on July 31 releasing the list of the designated FTO, the State Department’s Office of Coordinator for Counterterrorism once more reaffirms and stresses the preserved potentiality of suicidal self-immolation when the report makes a reference to an example of the actual activities.

In 2003, French authorities arrested 160 MEK members at operational bases they believed the MEK was using to coordinate financing and planning for terrorist attacks. Upon the arrest of MEK leader Maryam Rajavi, MEK members took to Paris’ streets and engaged in self-immolation. French authorities eventually released Rajavi.

But a question still remains that, despite these assertions about MKO’s high potentiality in resorting to violence, why the US and the UN criticized the Iraqi government for bloody clashes that MKO members provoked in Camp Ashraf in 2011, clashes that resulted in many casualties from the both sides, and are pressing the Iraqi government that “violence should, at all costs, be avoided”. They express concern over use of force by Iraqi, while the partiality to MKO has since encouraged it to resist any decision concerning the closure of Ashraf without being held accountable for defying any rule of law and agreement.

The circumstantial evidences indicate MKO is not reluctant to prepare the stage for a third round of violent confrontation. Again we are hearing words that another human tragedy is possibly unfolding in Ashraf or Liberty and that, no effort has to be spared to avert and prevent it. The Iraqi government has never stated that it intends to use force to close Ashraf although its patience is said to be “wearing thin” and has announced in an international conference that the additional time for the members of MKO to remain in Iraq has come to an end and will not be extended. MKO has nothing more to lose. The present makeup of the residents in Camp Ashraf, mostly the ranking and commanding cadres of the group, fuels the suspicion of preparedness for launching a serious or even bloody offensive in defiance of all plans, roadmaps and decisions. Words and warnings are enough; action is needed to forestall what is feared to be the real tragedy in the making at a place called Camp Ashraf. 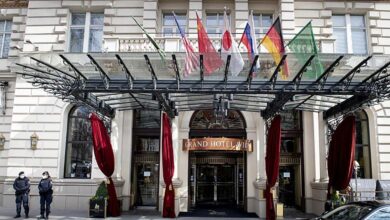