Iraj Mesdaaghi, who has worked in support of the MEK for many years in Europe, published a 230 page open letter to Massoud Rajavi. He asks Rajavi to address this issue of internal dissatisfaction. He has gone into 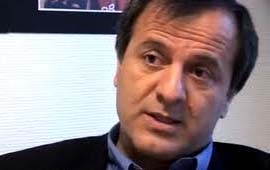 detail about many specific reactions Rajavi has had against current members as well as ex-members like Batul Soltani, Zahra Mir Bagheri and Ghorban Ali Hossein Nejad. Rajavi has threatened current members that he has embarrassing information about them and will expose them. Although this 230 page letter falls short of understanding a cult leader, and is still written by someone who is trying to save the soul of Rajavi, but it represents a significant development as the dissent from within is expanding.

After this letter, Rajavi issued a statement in name of the National Council of Resistance of Iran (NCRI). After swearing at Mesdaaghi and linking him with the ‘agents of the Iranian regime’, Rajavi has banned every member from talking to any media or site which has made any criticism of him (he means independent mainstream media such as the BBC). It is clear to everyone that Rajavi wants to cut such people off and stop the spread of the ‘disease’ of dissent which is already rampant in the MEK and has got out of his control.