Members of the terrorist Mojahedin-e Khalq Organization (MKO, also known as MEK, NCRI and PMOI) who 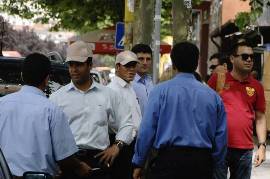 have been sent from Iraq to Albania in recent months are disobeying the orders of their ringleaders and seeking to defect the group.

In a report today, Didehban Center said that most of the MKO members who have been transferred to Albania from their transit camp in Iraq no more obey their masters and cannot be controlled by their ringleaders.

Didehban Center referred to a recent ceremony in France to celebrate the anniversary of the terrorist group’s armed attack against Iran in 1981, which was broadcast for the MKO members in Albania through video conferencing at a luxurious hotel in Tirana, and said merely 10 people from the 71 MKO members in Albania participated in the ceremony, while others did not show up in a bid to display their opposition to the group’s ringleader Massoud Rajavi and the terrorist group.