An Open Letter to President Obama and Secretary Kerry: The Contradictory Foreign Policy Of The United States 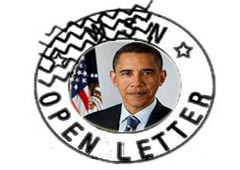 Subject:  An Open Letter; The Contradictory Foreign Policy of  the United States after President Truman

I write to you as a staunch supporter of the President during his entire tenure. Although I was a Republican until earlier this year, I campaigned for the President in Maryland, Virginia, and Washington DC and contributed to the campaign the maximum allowed financial support by borrowing the money. I am still paying my loan acquired in 2007. Likewise, I actively supported re-election of the President for a second term.

This letter is intended to communicate several serious concerns shared by me, many of my family members, and several friends who are Iranian-Americans and Americans, and vote as Democrats, Independent, and Republicans. Most of my family and friends persistently have supported the President at the levels similar to me.

Recently, an Iranian Terrorist organization (Mojahedin-e-Khagh or MEK), extremely despised by Iranians, held a Conference in Paris on June 22nd in Villepinte, a suburb of Paris. The conference notable for its list of attendees included several so-claimed “defenders of democracy and freedom” such as now the infamous Mayor of San Diego, former Mayor of New York Rudi Giuliani, and former Speaker of the House Newt Gingrich, and former US Permanent Representative to the United Nations John Bolton. Most speakers apparently received substantial fees for travel and/or speaking at the Conference.

A friend of mine sent to me a 30-minute video tape (available on youtube), showing the speakers and short segments of the lectures. The subjects of these lectures were not related to the sanctions against Iran! They were linked to so-called President-Elect, Maryam Rajavi (born in Tehran on December 4, 1953) who heads the MEK group (also known by various other acronyms such as the NCRI) which was recently delisted  from the Foreign Terrorist Organization.

What mystifies me the most is the presence of an esteemed Kennedy family member Patrick Kennedy at the Conference? One would expect an “experienced politician“ to seek assistance from the State Department and FBI about a visit to Paris and the wisdom of presenting a lecture to a group dubbed as a “Cult” by the well-respected Human Rights Watch and until recently, branded as terrorists by our  government.

Certainly, the CIA knows the history of murders committed by MEK against the citizens of Iran and America. For example, MEK worked with Saddam’s military to aid him in pinpointing civilian (yes – civilian) targets allowing for Iraqis to dose Iran with chemical weapons (in  artillery and missiles)!

Inarguably, political activity is part and parcel of a healthy democracy such as what we have in the United States; however, surely it is the duty of every American to avoid actions that would lead America to war again and again. I must ask these American “amplifiers of brutality” if they truly consider themselves patriots. Frankly, I consider them turncoats. Is the Conflict of Interest concept passe or unsuitable for former government officials? Please make the judgment! I hope both the State and the Justice  Departments are looking into this situation.

I am sure you realize the challenges you face in negotiating with Iranian leadership to settle deep-rooted outstanding disputes in a peaceful manner. These discussions are vital in bringing a lasting peace and durable tranquility to several counties in Middle East. Granted the Americans may exercise their freedoms of speech and travel. Yet, the American “loudspeakers” at the MEK organized and funded gathering have certainly disregarded vital interests of the United States by their war-mongering lectures and by accepting free trips and hefty speaker’s imbursements from this terrorist group. Surely, acting against America’s national interest warrants  investigation and retribution.

This country cannot embark on serious diplomacy and dialogue with the rulers in Iran when such “prominent members” support a human rights violator and a terrorist organization that until September 2012 was considered a terrorist group (MEK was delisted in September 2012) by the United States. Importantly, such reckless actions by the US government, coupled with new sanctions passed in the House, effectively help the Supreme Leader to convince Iranians that America does not intend to bring the long-lasting disputes to a reasonable conclusion in a peaceful manner. Aside from the Iranian regime, the highly intelligent people of Iran will undoubtedly infer that the delisting of MEK was accomplished to allow America to use MEK as a puppet, to attack Iran, similar to Saddam. Certainly, this type of  diplomacy reduces or eliminates any chance of peace.

Let us be reasonable. How can America fight and eliminate terrorism in this country or abroad by maintaining two sets of standards? Think about it. Is this not outright duplicity? Traitors and terrorists are always turncoats and assassins irrespective of their boss! Wherevers the outlaws go they bring miseries.

The lessons of times past are prized but evidently unlearned. One thing is patent. We cannot free Middle East, particularly my Jewish and Palestinian sisters and brothers, from war and destitution unless we craft a fresh foreign policy based on mutual respects, honest  admirations for human rights, and a genuine interest in seeking peace.

I this respect, I recall the aspiration and prized words of a Founding Father, John Adams, to exemplify the principles of a sound policy both internally and abroad. He stated America must accept “the independence of other nations while asserting and maintaining her own. She has abstained from interference in the concerns of others, even when conflict has been for principles to which she clings . . . Whenever the standard of freedom and independence has been or shall be unfurled, there will her heart, her benedictions and her prayers are. But she goes not abroad, in search of monsters to destroy. She is well-wisher to the freedom and independence of all. She is the champion and vindicator only of her own . . . “Clearly, this “divine concept” has not been followed by the majority of American  politicians, particularly after President Truman.

We wish you success in coming to solid agreement with the regime in Iran. Doing so will ultimately lead to a free Iran. The brave people of my birth land have civilization of 17,000 years. Importantly, they have repeatedly civilized barbarians. As I wrote to the President on October 16, 2011, only Iranians know how to ultimately deal with their tormentors.

“I go to a synagogue, church, and mosque, and I see the same spirit and the same altar”. 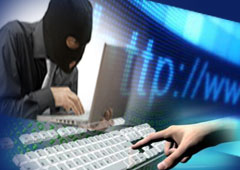