With the progress — although a little– made in Geneva talks, a few groups seem enraged by the results. Israeli Prime Minister was the first one to lash out against the deal. The other opponent to a normalized Iran-West relationship is the Mujahedin Khalq organization (the MKO) which is backed by Neo-con and 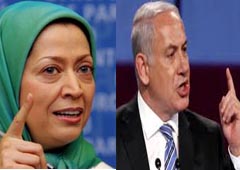 Zionist politicians in the West.

Speaking before meeting John Kerry the US secretary of State, the Israeli Prime Minister Benjamin Netanyahu accused Western negotiators of caving in during talks in Geneva and handing Iran ”the deal of the century”.

Netanyahu’s anger when he calls the proposed short-term agreement "a very bad deal” that Israel “utterly rejects” is only comparable with comments and speeches by the MKO’s leaders Maryam and Massoud Rajavi who label any dealer with Iran as appeaser of “ Mullahs” and “ agent of the regime”. Such animosity against hopes for a historic deal is only provoked by the side of warmongers whose thirst for power never let them care for peace. [1]

The warning by the National Council of Resistance of Iran – the propaganda arm of the MKO — came hours after world powers failed to reach an agreement after the three-day talks in Geneva. "Any deal between world powers and Iran that does not demand a complete halt to uranium enrichment will give Tehran the opportunity to acquire nuclear weapons", reported AFP citing from NCRI. [2]

The leader of the MKO Maryam Rajavi accompanied with Netanyahu to obstruct nuclear negociations saying that a deal must also call for the end of “the production and installation of centrifuges, complete closure of the Arak heavy water site, accepting… open access for the International Atomic Energy Agency to all of the regime’s sites and experts”.[3]

Perhaps the leaders of the cult never expected that the IAEA was granted permission to visit two key nuclear sites in Iran only a few days after Geneva talks ended. Iran agreed to allow inspectors from the International Atomic Energy Agency to enter long-unseen nuclear sites, including the Gchine uranium mine and a heavy-water reactor in Arak, as part of a co-operation deal struck in Tehran. Ali Akbar Salehi, the head of Iran’s atomic energy organization, met the IAEA chief, Yukiya Amano, and agreed a roadmap for greater co-operation. A joint statement issued by the IAEA and Iran said both sides had agreed "to strengthen their co-operation and dialogue aimed at ensuring the exclusively peaceful nature of Iran’s nuclear programme". [4]

Saeed Kamali Dehghan of the Guardian reported that at the same time, the UK foreign secretary took pains to clarify the Geneva talks had not failed and there was still a deal to be done.[5]

Dehghan added, "While parallel talks in Geneva ended without agreement at the weekend, both sides stressed a great deal of progress had been made."[6]

Western governments including the United States and the United Kingdom sound to have admitted their past mistakes regarding Iranian nation and today they are trying not to lose the opened opportunity by the moderate newly elected Iranian administration. In August 2013, the US government admitted its role in Iran’s 1953 coup against the democratically elected Iranian president Dr. Mohammad Mossadeq. CIA released documents to acknowledge its role in the coup. However, it had been previously confirmed by some U.S. officials. [7]

A few months later, exactly on the eve of the November nuclear talks in Geneva, the former British Foreign Minister Jack straw was interviewed in BBC Persian studio where he confessed about Britain colonial intentions in Iran. He called on UK and US administrations to apologize for he acts they committed against Iran in the past. [8]

Netanyahou’s awkward comments saying, ”Israel is not obliged by this agreement" demonstrate that he is not going to learn the lesson his allies have learned from the history. In his animosity against Iran, he does not hesitate to use the enemy of his enemy: the Mujahedin Khalq. [9]

Early this year, Jack straw described Iranians’ distrust against Britain in an informative article on the Telegraph. "Transcending their political divisions, Iranians have a strong and shared sense of national identity, and a yearning to be treated with respect , after decades in which  they feel (with justifications) that they have been systematically humiliated not least by the UK,” he wrote. [10]

Straw warns that resolving the current impasse over Iranian nuclear program requires statesmanship of a high order from both sides. The British former FM notes that Netanyahu- who sees his weakened position in the last elections in Israel – is standing on top of war mongers’ campaign."There has been no more belligerent cheerleader for the war party against Iran than Benjamin Netanyahu, Israel’s Prime Minister,” he stated. Straw ended his article with a peace making phrase:”War is not an option”. [11]

Bad news for the Israeli proxy in Iran the MKO is that today the world is seeking peace and even in Israel, the rival parties of Netanyahu’s party Likud, oppose his warmongering ideas. Definitely, the MKO–Israeli dream will not come true because the overthrow of the Islamic Republic is no more the desire of western powers – they have come to the conclusion that all options are Not on the table any more.

The MKO – which is widely dependent on Israel these days – is getting more and more isolated. Their only resort to survive amongst western politics is pouring more money into the pockets of their western advocates.

Karim Sajadpour, an Iran expert at the Carnegie Endowment for International Peace, told Foreign Policy that the MKO had little support in Iran because ordinary Iranians were nationalists troubled by both the group’s ambiguous ideology and its past partnership with Saddam Hussein as its main financial backer.  “What keeps them in the news are their deep pockets”, Sadjadpour told foreign Policy.”Once their pockets run out they’re basically going to be rendered irrelevant”. [12]

Once the MKO loses its financial resources its survival –in the Western politics, let alone Iranian politics – relies on the financial, military and intelligence support they get from their new sponsor Israel — despite the group’s past anti-Zionist, anti-imperialist ideology. 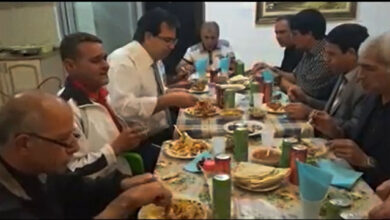 Exclusivism in the mind control system of the cults 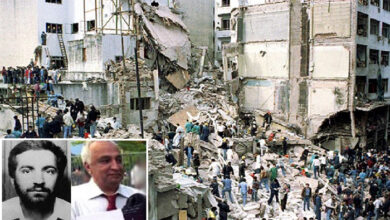