Two terrorists behind the 1981 bombings of then Iranian prime minister’s office and the headquarters of the Islamic Republic Party have been reportedly spotted in Germany. 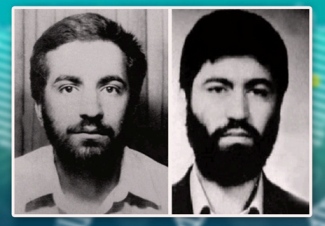 The source, speaking on condition of anonymity, added that the two men were seen while dining out in the German city of Cologne and driving to Hamburg under fake identities.

Kashmiri masterminded the terrorist bombing of the office of former President Mohammad Ali Rajaei and his Prime Minister Mohammad Javad Bahonar on August 30, 1981.

Mohammad Reza Kolahi Samadi was behind the terrorist bomb attack on the headquarters of the Islamic Republic Party on June 28, 1981. More than 72 Iranian state officials and lawmakers, including then Judiciary chief Ayatollah Mohammad Beheshti, lost their lives in the blast.

Out of the nearly 17,000 Iranians killed in terrorist attacks since the victory of the 1979 Islamic Revolution, 12,000 have fallen victim to the acts of terror carried out by the MKO.

The US formally removed the MKO from its list of foreign terrorist organizations in September 2012 one week after former Secretary of State Hillary Clinton sent the Congress a classified communication about the move.