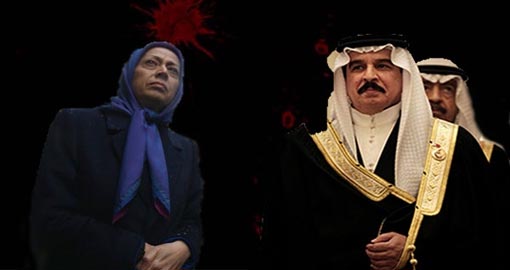 "The Al Khalifa regime has recently asked the MKO terrorist group to cooperate with the Manama government to confront Iran," a Bahraini informed source, speaking on the condition of anonymity, told FNA on Sunday.

He noted that the Bahrain intelligence service believes that Iran is the main supporter of the Manama government’s opponents and for the same reason it supports the MKO that is an armed opposition to the Islamic Republic and has assassinated over 12,000 citizens and officials.

"The Manama government has sent Bahraini lawmaker Jamal Bouhassan to Paris to meet MKO leaders to the same end," the source said.

The source also revealed that Bahraini journalist Hani al-Fardan has been arrested for publishing an article against MKO.

Al-Fardan has been arrested over an article during which he criticized Bahraini lawmakers for supporting the MKO terrorist group.

Al-Fardan, the Arabic-language Al-Wasat journalist, was interrogated over his article that criticized the Salafist Member of Parliament, Jamal Bouhassan, who attended the MKO meetings in Paris, and disclosed how Bahrain and its Parliament support the MKO terrorist organization’s activities against Iran.

The Bahraini regime has been suppressing peaceful demonstrations by anti-government protesters across Bahrain since mid-February 2011.

Violence against the defenseless people escalated after a Saudi-led conglomerate of police, security and military forces from the Persian Gulf Cooperation Council (PGCC) member states – Saudi Arabia, Kuwait, the United Arab Emirates, Oman and Qatar – were dispatched to the tiny Persian Gulf kingdom on March 2011, to crack down on peaceful protestors for the Manama regime.

So far, hundreds of protesters have been killed, hundreds have gone missing and thousands of others have been injured by the Bahraini and Saudi soldiers. Thousands of people, including opposition party and religious leaders as well as renowned human rights activists, have been arrested while hundreds more have been sent to exile. All international human rights bodies have condemned the Al-Khalifa regime for exercising extreme violence against peaceful protests.