Defectors of the Mujahedin Khalq Organization (the MKO) held a meeting at Nejat Society Mashhad Office.

The meeting was held on August 9th, 2015. Nejat members welcomed Mr. Mahmoud Rahmani Shandiz who has recently returned home from Albania where he left the Cult of Rajavi. 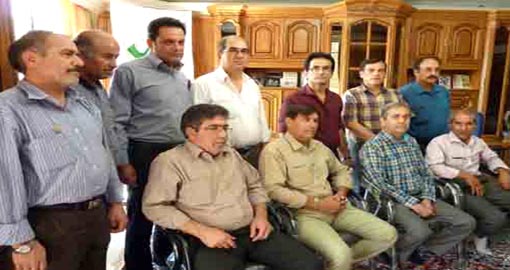 Other former members of the MKO expressed their happiness for the release of Mr. Rahmani and Mr. Khatami. They hoped for the salvation of all members taken as hostages in the Camps of the MKO Cult.

Mr. Rahmani was within the MKO Cult-like system until last winter. He defected the group after he was relocated in Tirana, Albania. He told about the disappointing, depressing atmosphere ruling the MKO Camps. He said that the rank and file of the MKO are seeking an opportunity to get rid of the Cult. According to Mr. Rahmani testimony, leaders of the Rajavi Cult are trying to deceive members with dollars and false promises.

Defectors of the MKO, confirmed that presence of families of Liberty residents in front of the Camp is very effective to motivate their escape from the Cult.

Besides, Nejat Society reported that a large number of families of Rajavi’s hostages have declared their readiness to join the families in front of Liberty gates.

Ex-members of the MKO also stated the contradictory reactions of the MKO propaganda about the nuclear agreement reached between Iran and P5+1. They suggested that the group leadership has been left empty-handed following the nuclear deal.

The attendees of the meeting discussed the MKO’s tricks to prolong the stay of their hostages inside the bars of the Cult. 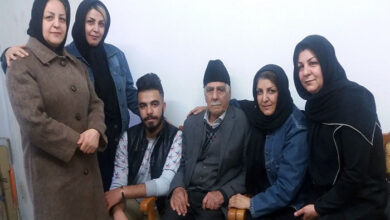 His eyes revealed everything

On the wedding of Mr. Jamil Bassam