Ebrahim Khodabandeh has published a series of articles in which he reveals what MEK insiders divulge to him about what is happening inside the cult. In part 8 of the ongoing articles Khodabandeh says this coming week marks the 50th anniversary of the MEK and Massoud Rajavi is on overdrive to spend money to uphold the past (nobody in the MEK still thinks they are continuing the original path of ant-Imperialism).

Rajavi will shortly announce who he has appointed as the new MEK leader and will start a new series of Ideological Revolution sessions.

According to people inside the MEK, this is his last effort to keep it together and stop it disintegrating. The reason is that nobody believes in it anymore and the MEK is falling apart.

The most common doubts and questions which are being raised, and are being suppressed through physical and mental means, are:

– Rajavi always said after Maliki we will move back to Camp Ashraf, but everyone sees that even Camp Liberty is being closed and everyone is being moved to Albania.

– Second, how long does a man live that he is in hiding for 12 years? What’s the point of him?

– Third the NLA and military capability is finished, so what happened to the armed struggle which Rajavi still insists we must believe in? How does that work?

– There are many question about the recent nuclear deal and the fate of Camp Maryam in France as the French are saying more and more clearly that the MEK are no longer – have never been – welcome there.

– There is a huge amount of questioning and uncertainty about the fate of the people in Albania. There is clearly no plan. What is Rajavi’s strategy or tactic for them?

– The main question which frightens the MEK more than any other and which is gaining momentum is, ‘Can anyone give an example of the MEK doing anything for themselves, any independent action or strategy it has followed that has not been dictated by Saddam Hussein, America, Israel or Saudi Arabia?’ 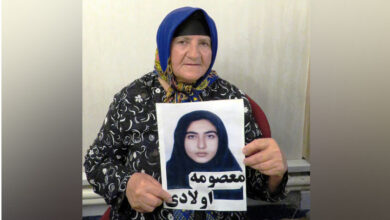